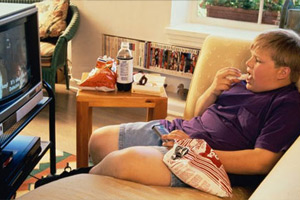 The research revealed that the urine levels of one type of phthalate were associated with increased risks of developing insulin resistance in teenagers. The researchers used data from a large nutrition survey that also found that BPA was tied to obesity and larger waists in children and teenagers, according to Reuters Health. The U.S. Centers for Disease Control and Prevention (CDC) indicated that about one in every six U.S. children and teenagers is obese.

“Clearly unhealthy diet and lack of physical activity are the drivers of this epidemic … but increasingly environmental chemicals are being identified as possible contributors,” Dr. Leonardo Trasande, a pediatrician from New York University, told Reuters Health. Dr. Trasande and colleagues reviewed information from a nationally representative health and nutrition survey that was conducted from 2003 to 2008. The survey included urine and blood tests for 766 teenagers aged 12 to 19, Reuters Health indicated.

The researchers discovered that urinary levels for one type of phthalate—Di-2-ethylhexylphthalate (DEHP)—was associated with a teenager’s likelihood of developing insulin resistance, which is a precursor to diabetes, Reuters Health explained. A little less than 15 percent of the participants with the lowest third of DEHP levels were found to be insulin resistant; 22 percent of those with the highest DEHP levels were insulin resistant. Trasande noted that DEHP is used to soften plastic bottles and is identified by the number “3” for recycling.

The findings don’t prove that eating food packaged with phthalates directly leads to insulin resistance, but it is possible that insulin resistant children might have unhealthy eating habits and may be consuming more packaged products, leading to higher urine phthalate levels, according to Reuters Health. Phthalates and BPA can be found in food packaging.

Phthalates may also influence the way in which the body secretes insulin in response to sugar, Dr. Trasande told Reuters Health, and parents should avoid buying plastics manufactured with DEHP. “I advise them not to wash plastic containers in the dishwasher…. When the plastic is clearly etched or damaged, it’s time to throw it away.”

Another study, also appearing in Pediatrics, looked at the survey data through 2010 and compared BPA levels in the urine of children ages six through 18, using different health measures, according to Reuters Health. That study was conducted by Dr. Joyce Lee from the University of Michigan in Ann Arbor and colleagues and reviewed 3,370 children.

The team found that the estrogenic mimicker was not linked to insulin resistance or blood sugar; however, children with increased BPA levels were likelier to be obese and also had a larger waist circumference when compared to their height in comparison to children with lower BPA levels, Reuters Health reported. “That study adds further concerns to the ongoing use of BPA in food,” Trasande said.

As we’ve long explained, BPA’s links to reproductive system diseases are staggering and span to fetal development. For instance research has found that newborn boys whose mothers tested with increased BPA levels during pregnancy revealed signs of an overactive thyroid. Another study linked BPA to miscarriages and birth defects and discovered what it described as “compelling” evidence that BPA may negatively affect women’s reproductive systems and lead to chromosomal damage, birth defects, and miscarriages.

Phthalates have been linked to a wide array of adverse side effects, as well, including to the developing fetus. Phthalates are the chemicals that make plastic and vinyl more flexible and, like BPA, are part of a group of endocrine disruptors, which interfere with the body’s hormone system. Some studies linked phthalate exposure to effects on the development of the male reproductive system: Infertility, undescended testes, and testicular development; penis and other reproductive tract malformations, such as hypospadias; and reduced testosterone levels. Some phthalates have been associated with problems with the developing fetus and are known to interfere with androgens.