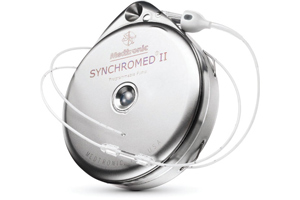 Despite years of warnings from the Food and Drug Administration (FDA), Medtronic Corp. failed to correct problems with its SynchroMed infusion drug pumps, and now the Justice Department has taken legal action to halt the sale of the pumps.

At the request of the FDA, the Justice Department has filed a legal complaint and a proposed consent decree in the U.S. District Court for the District of Minnesota. The consent decree will resolve allegations that the company and two of its executives violated provisions of the federal Food, Drug and Cosmetic Act  (FDCA). According to the Justice Department, the pumps were not manufactured in accordance with current good manufacturing processes and some SynchroMed pumps deliver either too much or too little medication.

The FDA conducted a number of inspections of Medtronic Neuromodulation’s manufacturing facilities in Columbia Heights, Minnesota between 2006 and 2013 and notified Medtronic of violations. According to the Justice Department’s press release, the “[d]efendants are well aware that their practices violate the Act.” The FDA “repeatedly warned defendants, both orally and in writing,” about violations that needed correction.

The FDA inspections revealed serious QS violations, many of them related to Medtronic’s design controls, complaint handling, and preventive and corrective actions. These regulations are intended to ensure that when a device malfunctions or causes serious injury to a patient, the incident is thoroughly investigated and necessary design changes are implemented. The Associated Press reports that some SynchroMed pumps were recalled because they could lose battery power and the pump would fail. Other pumps released too much or too little medication, endangering patients.

The Justice Department press release explains that SynchroMed implantable drug pumps are prescribed for patients with cancer, chronic pain and severe muscle spasms who do not respond to oral medications or who experience severe side effects when taking such medication. The implanted pump delivers an infusion of the drug solution to the area surrounding the spinal cord.

A consent decree is a type of legal settlement in which a company agrees to court-ordered actions without having to admit fault or guilt. A court must approve the consent decree before it can go into effect. Under this consent decree, Medtronic and the two individual defendants have agreed to halt the design, manufacture, and distribution of SynchroMed II pump systems except in extraordinary cases. In order to obtain the pump, a treating physician must certify that a SynchroMed II pump is medically necessary for a patient’s treatment, according to the Justice Department. Under the consent decree, Medtronic must hire an outside expert to help correct the problems.

The consent decree will remain in effect until the FDA determines Medtronic has corrected all of the violations.