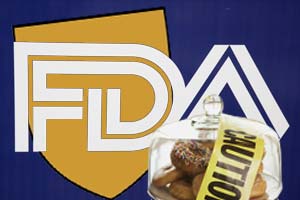 The U.S. Food and Drug Administration (FDA) just announced a final rule strengthening its authority to use administrative detention to prevent potentially unsafe food from reaching the marketplace.

Before the passage of FSMA, the FDA was able to detain a food product only when it had credible evidence that a food product presented a threat of serious adverse health consequences or death to humans or animals. If the FDA believes a food is adulterated or misbranded, the agency can keep the product out of the marketplace for a maximum of 30 days while determining whether to take further enforcement action, such as seizure.

The final rule was published in the Federal Register yesterday.  The FDA noted that it had received a number of comments asking that the agency clarify exactly what “reason to believe” that food is adulterated or misbranded means. The agency said that it would consider “individual facts in each particular situation,” to inform its decision that an article of food is adulterated or misbranded. Because such decisions are fact specific, the FDA reports that it has not amended the regulation to provide additional explanation of the criteria for ordering administrative detention of foods.

In announcing the New Inspection and Compliance Mandates under the Food Safety Modernization Act, the FDA says that it anticipates using the mandatory recall authority in rare instances; instead, it will attempt to achieve voluntary corrective action. “Companies will be provided with an opportunity for an informal hearing before an order to require recall is made.”