Home » Ground Zero Victims Should be Compensated for WTC-Related Illness 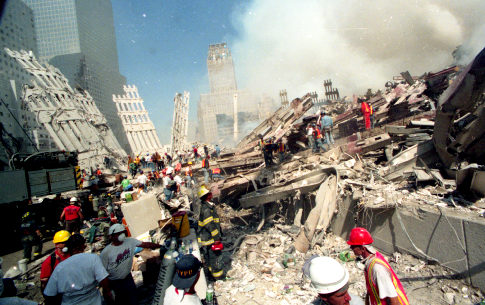 There is a new controversy at the 9/11 Museum over a descriptive Zadroga Act panel. According to an editorial piece in the New York Post, the panel says the Zadroga 9/11 Health and Compensation Act was intended to ensure medical treatment and financial compensation “for those with health conditions claimed to be related to the World Trade Center Disaster.”

Some victims and their families are opposed to the word “claimed” being used, as this raises skepticism about the validity of some illnesses. This is worsened by the fact that 9/11 victims who died of illnesses are not listed in the memorial, critics say.

The editorial cautions that not every claimant may be telling the truth, and there are situations where the actual origin of an illness proves to be wrong. Those committing fraud take away from the true heroes, who deserve every bit of compensation they get.

The Zadroga Act reopened the 9/11 Victims Compensation Fund for an additional five years. It was named after New York Police Department detective James Zadroga, who worked at Ground Zero. Recently, it was reported that the number of 9/11 first responders diagnosed with cancer has doubled to over 2,500.

Those who have developed cancers and other illnesses as a result of working at Ground Zero can file for compensation. A critical deadline is approaching for some victims; those who were diagnosed with an eligibile cancer on or before October 12, 2012 must file a Registration Form by October 12, 2014. Those who were diagnosed with a WTC-related condition after this date must file within two years after the diagnosis.

Disability and other income that results from a 9/11 related injury cannot be taxed. Additionally, the estates who those who died are entitled to a tax refund of 10,000 or the last three years of taxes, whichever is higher. The IRS recently updated its Publication 3920 to reflect these benefits.