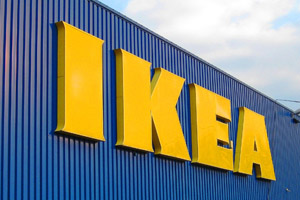 Following the tragic deaths of two toddlers, Ikea is warning of the risks with its chests and dressers. Associated Press reports that Ikea chests resulted in fatal injuries when they tipped over and fell on two boys last year. The Swedish company is warning that the 27 million chests and dressers should be kept away from children if they are not mounted to a wall. CPSC spokesman Scott Wolfson said “They are unstable when built and used without a wall anchoring device,” according to AP. Consumers who have the furniture can obtain a free kit from Ikea for mounting to a wall; the kit will be available for consumers who purchased chests and dressers above specific heights.

In February 2014, a Malm six-drawer chest fell on a two-year-old boy in West Chester, Pennsylvania; he was fatally pinned against his bed. A three-drawer Malm chest fatally injured a 23-month old boy from Snohomish, Washington when it fell over.

The action, which has not been explicitly termed a recall by CPSC or Ikea thus far, affects 7 million of Ikea’s Malm chests. AP notes that an offer to repair or replace a product is technically considered a recall. CPSC and Ikea have received 14 reports of Malm chests tipping over, including four injuries. The furniture company said it knew of three deaths from other models of chests and drawers that tipped over since 1989. Secure wall mounts should be used for children’s chests and dressers taller than 23.5 inches and adult chests and drawers taller than 29.5 inches.