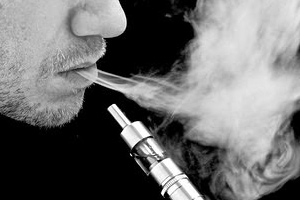 Most damaging of all, the Daily Caller reports, is a provision that e-cigarette makers will have to retroactively submit marketing applications for all their products, with costs running to millions. E-cigarette manufacturers could be banned from advertising that their products have reduced health risks compared to traditional cigarettes unless they could convince the FDA of the validity of such claims. E-cigarettes came under the purview of the FDA in 2009, and may face many of the same restrictions as other tobacco products, including health warnings and a ban on sale to minors.

E-cigarettes are still a fledgling industry—the first e-cigarette was developed in China in 2007—but the Daily Caller reports that nearly 20 million people in the U.S. regularly use e-cigarettes. Jan Verleur, co-founder and CEO of VMR Products, told The Hill of the devastating consequences the new regulations could have for the industry: “This makes it so any product released after the grandfather date would require premarket approval.” He estimated that the process could cost up to half a million dollars per individual product. VMR has more than 500 e-cigarette products, and the approval process could cost the company more than five times its revenue.

No date has yet been set for the rules to take effect, though the FDA has said it will give companies two years to submit their applications and they will be allowed to sell the products under review during that time, according to the Daily Caller. The agency received over 135,000 comments on the rule, which was first proposed more than a year ago. With the final regulations now months overdue, industry and advocacy groups are pushing the FDA to release a final rule this summer. “FDA is committed to moving forward expeditiously to finalize the rule,” FDA spokesman Michael Felberbaum told The Hill.

The FDA said the rise in popularity of e-cigarettes coincides with an increase in calls to poison control centers and visits to hospital emergency rooms “related to liquid nicotine poisoning and other nicotine exposure risks.” Of particular concern is nicotine poisoning in young children, who can swallow nicotine liquid or absorb it through the skin and the eyes. The New York Times reports that as little as a teaspoon of liquid nicotine can be fatal for a small child. Nicotine liquids come in candy and fruit flavors that appeal to children and the products do not come in childproof packaging or carry warning labels, as they would under the new rules. E-cigarette users unaware of the serious risks often leave nicotine liquid within reach of children.