Home » Nursing Homes a Solution but in Some Cases Unsafe

In this day and age, our senior population is growing in number and living longer. The elderly are among our most vulnerable citizens. The challenge of providing the proper care has become increasingly important as many people are faced with the decision of placing older relatives and loved ones who may not be able to care for themselves any longer, in a nursing home.

A nursing home is for individuals who do not need to be in a hospital, but cannot, for a variety of reasons, be cared for at home. Most nursing home facilities have nursing aides and skilled nurses on hand 24 hours a day.

Many nursing homes have a hospital-like set-up. Medical care is provided by the staff, along with physical, speech, and occupational therapy. The facilities offer help with custodial care such as, bathing, getting dressed, and eating, as well as skilled care. There is usually a nurses’ station on each floor. Some nursing facilities try to be somewhat like home, and have a neighborhood feel to them. Kitchens might be available to residents. Staff members are encouraged to develop a connection with residents.

There are some nursing homes with special care units for people with serious memory problems such as Alzheimer’s disease. Some will allow couples to live together. Nursing homes are not exclusively for the elderly, but for anyone who requires 24-hour care.

How to Find the Right Nursing Home

The search for the right nursing home takes time. There may be long waiting periods for available accommodations, so it is important to begin the search for a suitable nursing home well in advance of seeking admission to a facility.

Family and caregivers should discuss what services will be needed and are important before applications are made for the upcoming transition. Services offered usually include room and board; monitoring of medicine; personal care; 24-hour emergency care; and social and recreational activities.

When visiting to select a nursing home, it is important to ask questions and verify, for example, Medicare or Medicaid certification, handicap access, residents who look well cared for, and warm interaction between staff and residents, reports WebMD.

Reports of serious, physical, sexual, and verbal abuse are “numerous” among the country’s nursing homes, according to a congressional report. The study was prepared by the staff of the Special Investigations Division of the House Government Reform Committee.

The findings were that 30 percent of nursing homes in the United States, that is 5,283 facilities, were cited for close to 9,000 instances of abuse over a two-year period, reports ABC News.

Personal injury attorneys at Parker Waichman LLP are actively reviewing potential lawsuits on behalf of individuals who have been injured in a nursing home incident.

Common problems included untreated bedsores, inadequate medical care, preventable accidents, malnutrition, and inadequate sanitation and hygiene, the report said. Many of the abuse violations caused harm to the residents. In 1,601 cases, the abuse violations were serious enough “to cause actual harm to residents or to place the residents in immediate jeopardy of death or serious injury,” said the report.

In some reported cases, a member of the nursing home’s staff was accused of allegedly committing physical or sexual abuse. In others, staff members were cited for failing to protect people from abuse by other residents, according to ABC News.

The report documents cases of residents being slapped, punched, choked, or kicked by staff members or other residents. Injuries such as fractured bones or lacerations were documented. 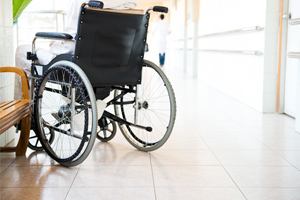 Nursing Homes a Solution but in Some Cases are Unsafe

The homes cited by the study for occurrences of abuse accommodate some 550,000 residents. Nationwide, some 1.6 million people reside in 17,000 nursing homes and 11,000 of them are for-profit enterprises.

The federal government is the largest contributor of nursing home care, mostly through Medicaid, a joint federal-state health care program for the poor, and Medicare, the federal program for elderly and disabled people. Federal health and safety standards are designed to protect nursing home residents from abuse.

To enforce standards, the U.S. Department of Health and Human Services contracts with the states to conduct annual inspections of nursing homes. States are also required to investigate individual abuse complaints. The report’s statistics were compiled from these state inspections, according to ABC News.

Parker Waichman LLP has had years of experience representing clients in nursing home abuse and injury lawsuits. The firm offers free, no-obligation legal case evaluations to anyone with questions concerning nursing home negligence or abuse. We urge you to contact us at 1-800-YOURLAWYER (1-800-1968-7529).