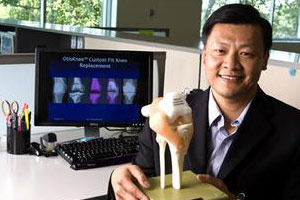 The U.S. District Court of the District of New Jersey sentenced former OtisMed Corporation chief executive officer, Charlie Chi, to 24 months in prison for his involvement in the distribution of “adulterated” medical devices.

In December 2014, OtisMed agreed to pay more than $80 million to resolve criminal and civil liability related to distributing adulterated medical devices with intent to defraud and mislead. At that time, Chi pleaded guilty to introducing adulterated medical devices into interstate commerce. Chi will also serve one year of supervised release and pay a $75,000 fine, the Imperial Valley News reports.

The long-term investigation into OtisMed was conducted jointly by the Food and Drug Administration (FDA)’s Office of Criminal Investigation and the Department of Health and Human Services’ Office of the Inspector General. “With more than 600,000 knee replacements performed each year, patients rely on FDA to help ensure that the devices are safe and work as intended. When manufacturers ignore FDA requirements, they risk endangering patients’ health and quality of life,” said George M. Karavetsos, director of the FDA’s Office of Criminal Investigations, according to the Imperial Valley News.

The OtisKnee was used by surgeons during total knee arthroplasty (TKA), or knee replacement surgery. OtisMed marketed the OtisKnee cutting guide as a tool to assist surgeons in making precise bone cuts specific to the individual patient’s anatomy. Each guide is based on magnetic resonance imaging (MRI) performed prior to surgery. But OtisMed had not sought FDA clearance before making claims about the device in advertisements and promotional materials, and surgeons reported problems with the guides. Between May 2006 and September 2009, OtisMed sold more than 18,000 OtisKnee devices, generating revenue of approximately $27.1 million.

In October 2008, OtisMed submitted a pre-market notification to the FDA seeking clearance for the device. The company had not previously sought clearance and had told surgeons that the product was exempt from such pre-market requirements. On September 2, 2009, the FDA notified OtisMed that its submission had been denied, noting that the company had failed to demonstrate the OtisKnee was as safe and effective as other devices. One week after the denial, the company shipped approximately 218 OtisKnee guides to surgeons across the country, the Imperial Valley News reports.

In a news release from the Justice Department, Principal Deputy Assistant Attorney General Benjamin C. Mizer, head of the Justice Department’s Civil Division, said Chi’s sentencing “ought to send a clear message to others in positions of authority within the medical device and pharmaceutical industries: the Department of Justice will vigorously prosecute not only corporations, but also the individuals at their helm who are responsible for endangering public health and safety in pursuit of profit.”