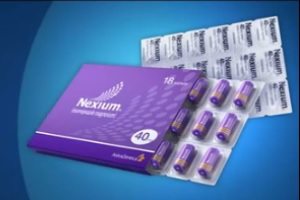 Dr. Shoshana J. Herzig of Harvard Medical School told the New York Times that they “are not the benign drugs the public thinks they are.” Over the past five years, the Food and Drug Administration (FDA) has issued a number of warnings about long-term use of proton pump inhibitors.

Long-term use, which is defined as a year or more, increases the risk of hip, wrist and spine fractures. Some studies have found an increase in bone fractures even with shorter periods of use over, the Times reports. Long-term use can also lead to reduced levels of magnesium in the blood, which can cause seizures, arrhythmias and muscle spasms, according to the FDA. The agency warns that deficiencies cannot always be corrected with supplements. Patients who take diuretics or the heart medication digoxin, which can also cause low magnesium levels, should avoid proton pump inhibitors.

Stomach acid plays an important role in the breakdown food and the absorption of nutrients, and it also kills bacteria and microbes, the Times explains. Daily use of acid-suppressing drugs like proton pump inhibitors over the long term may disrupt these processes and make the users more susceptible to infections and nutritional deficits.

Use of protein pump inhibitors for any period of time is also associated with an increase of intestinal infections and a higher risk of Clostridium difficile-associated diarrhea, a potentially life-threatening disease. In 2012, the FDA issued an advisory to patients taking these drugs to contact a health care provider if they develop persistent diarrhea that does not improve.

Studies have also reported that proton pump inhibitors increase the risk for pneumonia in hospital patients, though patients taking histamine-2 receptor blocker acid reflux drugs (Pepcid, Zantac) did not experience a similar increase, Dr. Herzig said. H2 blockers are known to have side effects like headaches, constipation and nausea, but their long-term use has not been studied as extensively as that of the proton pump inhibitors.

According to the Times, long-term use of a protein pump inhibitor may reduce the body’s absorption of important nutrients such as calcium, iron and vitamin B12, and has been linked with anemia. PPIs can also interact with other medications, leading to an FDA warning to heart and stroke patients that Prilosec (omeprazole) weakens the effectiveness of the anticlotting drug Plavix (clopidogrel).

Antacids like Tums, Rolaids, Pepto-Bismol or milk of magnesia, taken occasionally to relieve heartburn, are unlikely to have these effects, the Times says. Dr. Herzig says “people with conditions like Barrett’s esophagus should be on long-term acid suppression.” But the majority of people with heartburn and acid reflux should not take PPIs long-term, Dr. Herzig says.