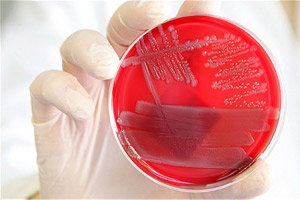 Contaminated duodenoscopes, the medical devices recently associated with a series of superbug outbreaks at two Los Angeles hospitals, have also been implicated in an outbreak of drug-resistant Escherichia coli (E. coli) in a Washington state hospital. A study published in Infection Control & Hospital Epidemiology reported that the devices can still infect patients even when closely adhering to manufacturers’ cleaning instructions.

Between November 2012 and August 2013,32 patients were infected with an antibiotic-resistant strain of E. coli at Seattle Virginia Mason Medical Center. The scopes were contaminated despite the fact that the hospital followed the manufacturer’s cleaning protocol.

Recent evidence suggests that duodenoscopes are not sterilized effectively through manufacturers’ cleaning instructions alone. The devices were linked to recent outbreaks of Carbapenem-resistant Enterobacteriaceae (CRE). The two recent outbreaks linked to the tainted scopes took place at UCLA’s Ronald Reagan Medical Center and Cedars-Sinai hospital. A total of 11 patients were infected with CRE at the two hospitals and 246 more were potentially exposed.

During the investigation, more than 3 in 10 infected patients died. Seven deaths occurred while the patients were in the hospital and within 30 days of the E. coli superbug being identified. Kristen Wendord, M.D., of King County, Seattle’s public health department said in a statement “In the wake of the recent outbreak of CRE due to contaminated endoscopes, we suspect endoscope-associated transmission of bacteria is more common than recognized and not adequately prevented by current reprocessing guidelines,”

The study also states that Olympus, the manufacturer of the scopes, conducted a review and found mechanical defects in seven of eight devices. Since then, the hospital has taken extra measures, including manual cleaning and implementing a 48-hour quarantine period. The Los Angeles Times reported that 3 percent of the scopes were still contaminated after the processing, prompting the staff to repeat the measures.

The U.S. Food and Drug Administration (FDA) warned that that the complex design of duodenoscopes may impede effective sterilization in February. The agency later released a set of guidelines advising hospital staff to take scopes out of service until they were confirmed to be free of pathogens. Last month, the FDA imposed stricter guidelines and mandated that manufacturers prove the scopes can be effectively cleaned before they are placed back onto the market.