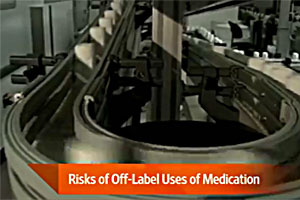 A Texas appeals court has said personal injury claims against the manufacturer of a medical device accused of promoting off-label uses with kickbacks to doctors are not subject to the same requirements Texas imposes on health care liability claims.

The Third Court of Appeals in Austin said the manufacturer, Verticor Ltd., cannot avoid a patient’s claim the company solicited a doctor to do an off-label surgery implanting Verticor’s Eclipse Sphere device into his spine to treat a herniated disc, Law360 reports.

The manufacturer had argued that claims against the company should have been dismissed when the plaintiff did not meet requirements under tort reform measures that require expert reports and impose damages caps on lawsuits designated as health care liability claims.

The court said there is no bright-line rule that product manufacturers can never be considered health care providers under the Texas Medical Liability Act. The reality is more complicated than the opposing all-or-nothing arguments made by the parties, Law360 writes.

Texas law does not categorically exclude medical device manufacturers from being considered health care providers, but, the court held, mere manufacture and sale of a medical device also does constitute the provision of health care under the act. Because Verticor did not show evidence it had any involvement in the patient’s care or treatment, or was licensed to be involved in his care or treatment beyond manufacturing the Eclipse Shield that was used, the company was not entitled to the protections Texas law grants to health care providers, according to Law360. Verticor has not “demonstrated conclusively, that it is a ‘health care provider’ under the TMLA,” the opinion said.

The plaintiff sued both Verticor and the surgeon, James Hansen, for damages. The man experienced complications following the implantation of the Eclipse Sphere. The patient alleged that the doctor was negligent in performing what he says was an off-label and experimental procedure for which Hansen did not obtain informed consent. The plaintiff filed expert reports supporting his health care liability claim against Hansen, according to Law360.

The plaintiff also alleged that the doctor and Verticor engaged in a fraudulent scheme in which Verticor paid kickbacks to the doctor to induce off-label uses of the device. The Eclipse Sphere was approved by the Food and Drug Administration (FDA) solely for use in lumbar intervertebral fusion procedures and was never intended for “motion-sparing, nonfusion” procedures like the one performed on him. The plaintiff alleges that Verticor did not adequately disclose the FDA warning.

In the lawsuit, the plaintiff sought damages based on strict product liability for marketing defect, negligent marketing of the device and breach of the implied warranty of merchantability, according to the court opinion.

Verticor is expected to appeal the ruling to the Texas Supreme Court, Law360 reports.