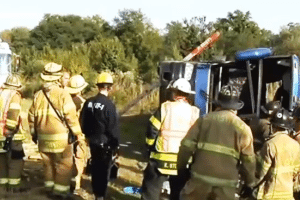 Two-Car Crash Occurred On State Route 22. On Wednesday, April 29 at about 3:55 p.m., New York State Police from the Brewster barracks responded to a two-car auto accident that occurred on State Route 22, just north of State Route 311. A passenger in one of the vehicles was killed in the crash.

A Passenger Was Pronounced Dead

A passenger in the Subaru Forester, 63-year-old Jean Riccobon, of Carmel, was pronounced dead at the scene by Transcare EMS. Mr. Riccobon was taken to Danbury Hospital with injuries that do not appear to be life threatening. The Patterson Fire Department, Transcare EMS, and the Putnam County Sheriff’s Office assisted the police, HVNN reports.

The cause of the crash remains under investigation and the state police said additional information will be released as it becomes available. The New York State Police Collision Reconstruction Unit closed Route 22 for several hours as they reconstructed the crash. Police requested anyone with information about the crash, or the moments leading up to the crash, to contact the State Police Bureau of Criminal Investigation in Brewster (845- 677-7300).