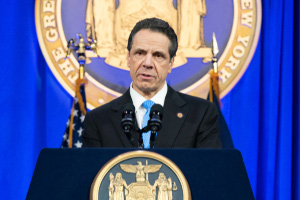 Albany, New York – Those who have been victims of sexual abuse in New York will finally get the justice they deserve.  The Child Victims Act has passed the state legislature and is now on Governor Cuomo’s desk for signature. The Governor’s office has already promised that the new law will be signed as soon as possible. According to bill sponsors New York Senators Linda Rosenthal and Brad Hoylman, the new law will provide legal rights to “adult survivors of child sexual abuse” and will extend New York’s statute of limitations concerning sexual abuse to help victims “seek redress against their abusers and institutions – both public and private — that harbored them.”

The Child Victims Act provides a powerful weapon against child sexual abuse by extending the time in which these victims can file a civil lawsuit in New York until they are 55 years old. The new law will also revive older cases that were not filed in time under New York’s current statute of limitations by including a special “one year” revival period and granting these older cases a trial preference. It also treats public and private institutions alike, allowing lawsuits to be filed against public institutions, which previously had a time limit of only 90 days.

If you or a loved one has been a victim of sexual abuse, Parker Waichman LLP will review your claim to determine if you are eligible to file for monetary compensation.

In some sex abuse cases, victims may file a lawsuit to recover monetary compensation from the perpetrator and the company or institution that are also responsible for a perpetrator’s conduct (such as a school or an employer). The Child Victims Act will give victims of sexual abuse a better opportunity in which to seek legal justice against those who must be held responsible for their wrongful conduct.

Parker Waichman, LLP represents victims, including those who have been victims of child sex abuse, and has recovered over $2 billion in damages for its clients.  If you or a family member has been a victim of sexual abuse and is interested in filing a sex abuse lawsuit, contact Parker Waichman LLP at the firm’s website at yourlawyer.com or call 1-800-LAW-INFO (1-800-529-4636) or visit our Childhood Sex Abuse Lawsuit Page.

Were you or a family member a victim of sexual abuse?