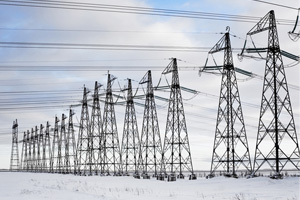 Watts Guerra LLP, Fears Nachawati PLLC, and Parker Waichman LLP, three national law firms that have long fought to protect the rights of victims injured by the wrongdoing of large corporations, filed a wrongful death lawsuit on February 24, 2021 against Electric Reliability Council of Texas, Inc. (“ERCOT”) and CenterPoint Energy, Inc. in District Court, Harris County, Texas on behalf of Grace Ybarra Landa, a Harris County resident and the sister of Gilbert Rivera. Mr. Rivera died in his home of hypothermia as a direct result of the power outage, which deprived him of heat during the frigid temperatures associated with Winter Storm Uri.  The lawsuit alleges that failures by ERCOT and CenterPoint Energy, Inc. to anticipate increased energy demand during the storm and weatherize and update their facilities resulted in the rolling blackouts which left millions of Texans, including Mr. Rivera, without power for days.

According to the Complaint, Mr. Rivera lost power late in the evening of Sunday, February 14, 2021. As a result, his home had no heat even as temperatures dropped to thirteen degrees. Mr. Rivera’s brother found him Tuesday morning, dead in his home, still bundled in layers of clothing in a vain attempt to remain warm. The lawsuit seeks damages for Mr. Rivera’s physical pain and mental anguish before his death, punitive damages and more on behalf of his surviving heirs.

The lawsuit lays out a startling string of allegations. The action claims that ERCOT and CenterPoint, as well as other companies involved in the management of power in Texas, failed to anticipate increased energy demands and increase electric production capacity in Texas in advance of the February 2021 winter storm, though similar events have happened repeatedly in recent years. The Complaint also alleges that defendants should have weatherized and updated their generation, transmission, and distribution facilities in order to prevent cold-weather power failures such as this one, but consciously chose not to do so.

Mikal Watts, founding partner of Watts Guerra LLP, noted that “the Chair of the PUC, and all non-Texas members of ERCOT, have been forced to resign.  These resignations speak volumes to ERCOT’s failures which caused Gilbert’s death.”

Majed Nachawati, founding partner of Fears Nachawati, PLLC, who has decades of experience representing victims of corporate misconduct, said that this tragedy was “predictable, preventable, and unacceptable.”

Jerrold S. Parker, founding partner of Parker Waichman LLP, who has battled for victims of corporate greed over many decades and in many courtrooms throughout the United States, said that the extent of the neglect by the Texas power companies is some of the most significant he has ever seen.  “Sadly, we are now seeing many Texans who are facing serious, irreversible consequences as a result of the greed and neglect of these power authorities.”

Watts Guerra, Fears Nachawati and Parker Waichman have represented clients in injury lawsuits for decades. If you or someone you know is interested in filing a Texas Power Outage lawsuit, please call 1-800-800-4499 or visit the firms’ Texas Power Outage website at Texas Power Failure Lawsuits