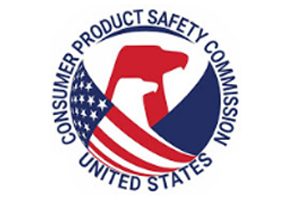 CPSC Too Slow To Take Action On Toy Recalls. The Consumer Product Safety Commission (CPSC) has too little money, staff and power to prevent hazardous toys from reaching American children. That was the message the head of the CPSC brought to Capital Hill yesterday during a hearing on toy safety. But while many agreed that the CPSC needs more power and money, other information revealed at the hearing indicated that the agency is often too slow to enact toy recalls.

“Our little agency has been ignored by Congress and the public for way to long,” Nord told a House Energy and Commerce Subcommittee yesterday. She said that the CPSC needed the authority to require US companies to certify that imported toys are safe. Such a move, Nord told Congress, would go a long way to insure toy safety. With a staff of only 400, Nord said the CPSC can do little right now to force US toy makers to improve their quality standards.

Toys Recalled Because Of Lead Paint And Hazardous Magnets

Yesterdays hearing was the second straight day the House subcommittee spent on toy safety. The issue got congressional attention after Mattel issued three separate recalls for toys with lead paint and hazardous magnets this summer. In addition to Mattel, several other toy companies were plagued with recalls of other dangerous Chinese-made toys. The issue has shined a bright spotlight on the inadequacies of the current import safety and inspection system in the US.

Some toy makers, while agreeing that the CPSC needs to be bolstered, criticized the agency for slowness in announcing product recalls. During the first day of the hearing, letters written by US companies involved in recent toy recalls revealed an often slow and cumbersome process used by CPSC to coordinated toy recalls. Spandrel Sales & Marketing of Tempe, Arizona wrote to the subcommittee that it informed the CPSC on March 29 that some of the children’s jewelry it distributed had dangerous levels of lead. But it wasn’t until May 15, six weeks later, that the CPSC issued a recall.

Apparently, such delays are typical, as several other toy makers and retailers detailed similar experiences with the CPSC.  Mattel wrote that before the CPSC would go public with news of its hazardous toys, the agency required the company to set up a recall hotline and take other elaborate measures before the public was finally warned. And Dollar General Corp., which issued a recall of lead-tainted key chains earlier this year, revealed that the company had informed the CPSC of even more hazardous key chains on the market on August 24. As of yet, the CPSC has taken no action in that case.

The hearing ended with promises by members of Congress to support legislation that would increase both funding and authority for the CPSC. But even if it is granted these additional tools, the CPSC will need to become far more aggressive than it has been in the past if American children are to be protected from dangerous imported toys.