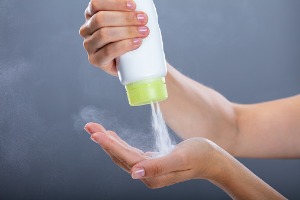 Johnson & Johnson said on October 18 that it would recall a single lot of its baby powder in the United States after the Food and Drug Administration found trace amounts of asbestos in samples taken from a bottle purchased online. The Johnson & Johnson baby powder recall has sparked concern in consumers that the corporation’s flagship product may not be as safe as they had previously assumed.

The pharmaceutical heavyweight has repeatedly assured juries across the nation in thousands of lawsuits that their product has never been tainted with asbestos. This revelation, coupled with a recent TIME study that definitively stated that cosmetic talc tainted with asbestos could cause mesothelioma, may sway juries and appeals judges reviewing plaintiff cases.

Though the lot being affected by the Johnson & Johnson baby powder recall is only 33,000 bottles produced and shipped in the United States in 2018, it is the implication that Johnson & Johnson, whether maliciously or negligently, allowed asbestos to contaminate their products while vehemently refuting any implications of contamination. As recently as August 13, a former Johnson & Johnson toxicologist, John Hopkins, testified in a New Jersey trial that the company never found any asbestos through their testing and analysis process.

Johnson & Johnson has released a statement that stated the company’s intent to begin an internal investigation and its willingness to cooperate with health regulators to analyze the potential causes of the contamination. They have released no comment on whether this contamination is evidence of potential contamination in other lots past or present. Johnson & Johnson has also not changed their messaging that their product is completely safe in the face of either recent studies or the recall.

While the Johnson & Johnson baby powder recall continues to be investigated by internal surveyors and regulatory officials, 33,000 baby powder units have been confirmed to be hazardous to the health of consumers and allowed to hit shelves across the nation. If you or a loved one have experienced health complications, including diagnosis with mesothelioma following the use of talcum powder products, compensation may be available to you. For more information, contact Parker Waichman LLP for a free consultation and begin your journey to justice today.