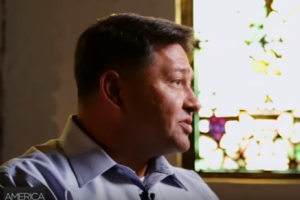 “You’re not going to reform the church, you have to rein it in,” said Joe Gallagher of the Coalition of Catholics and Survivors. He said seeking legislative help is a “sizable shift in strategy” for the seven victims’ groups that met for the first time Saturday.

The groups proposed reforms including the repeal of states’ statutes of limitations for abuse cases and prison time for people who fail to comply with mandatory reporting laws.

“We do not believe bishops are showing moral leadership by not reporting every allegation of child abuse, which is a felony, to police,” said Paul Baier, of Survivors First. “All allegations should be turned over to the police, who are experts in this area. This is not a theological issue.”

The groups also want to amend a Massachusetts law limiting judgments against charitable organizations to $20,000. It is unclear whether the liability cap applies in lawsuits filed against the Archdiocese of Boston over priests who were transferred from parish to parish after being accused of abusing children.

Boston Cardinal Bernard Law’s admission in January that he had knowingly reassigned a priest accused of molestation set off a nationwide abuse crisis. All 195 U.S. dioceses have since come under scrutiny, and at least 325 of the nation’s 46,000 priests have either been suspended or resigned.

The victims’ groups, including Survivors Network of those Abused by Priests, Survivors First, Speak Truth to Power, Coalition of Catholics and Survivors and the Voice of the Faithful, met in the basement of a Wellesley Catholic school Saturday to discuss ways to work together.

The groups said they were greatly disappointed by the revised policy on abuse prevention approved this month by the U.S. Conference of Catholic Bishops after the Vatican expressed concern that an earlier proposal violated priests’ due-process rights.

The first draft of the policy, approved by bishops at a Dallas conference in June, allowed church leaders to pull priests out of their jobs as soon as they were accused. The revised policy calls for priests to be placed on leave and to go before a tribunal if a confidential, preliminary inquiry finds a plausible molestation claim.

Baier said the earlier version, approved in Dallas in June, “had given us a lot of hope. To see that document essentially gutted by the Vatican, and then by the bishops, really took away our hope.”

A phone message left with Sister Andree Fries, deputy for child sexual abuse response for the U.S. Conference of Catholic Bishops, was not immediately returned Saturday.

Donna Morrissey, spokeswoman for the Archdiocese of Boston, said she applauded all efforts to protect children, but added, “I don’t agree with the premise that we have not made reforms. We have significantly increased lay involvement in preventing abuse, investigating abuse and providing outreach services.”

Some Massachusetts legislators already have been focusing on the church abuse issue. Sen. Cheryl Jacques co-sponsored a mandatory reporting bill and was preparing to file a “survivor’s bill of rights,” said her spokesman, Angus McQuilken.

The bill would eliminate the statutes of limitations for rape and sexual assault in criminal and civil cases, and would extend to civil cases a “rape shield law” barring criminal defendants from using their alleged victims’ sexual history as evidence.