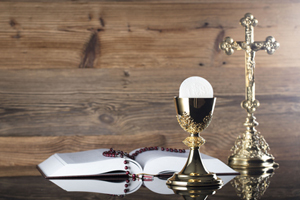 WASHINGTON, D.C. — The Roman Catholic Church in the United States admitted that 900 clergy members accused of committed sexual assaults and other perverted acts while priests never made the final roster of clergy accused of sex crimes, the Associated Press has learned. The Catholic Church left some of the priests off of its list of almost 5,300 names because they did not have specific accusers come forward. Instead, these particular priests flew under the radar because they faced charges such as possessing or disseminating child pornography. Others were not included on the church’s “master list” because the allegations were unfounded or not credible.

Over the last two or so years, the Catholic Church in the U.S. compiled a list of sexual predators credibly accused of sexually abusing members of the community they were entrusted to serve. Each diocese in the country was tasked with devising a list of all of those clergy members who were credibly accused of committing some sexual crime.  The list is still growing after the Church added another 900 names to its roll. Not all of the abusers are priests belonging to a parish; some of the accused belonged to religious orders as well.

The AP discovered that greater than 100 ex-members of the clergy did not appear on the initial roster of clergy despite facing criminal charges like rape, possessing child pornography, or solicitation. Approximately 400 of the newly discovered 900 should have been on lists compiled by dioceses who have not released any names up to this point. The other 400 credibly accused did not report to a diocesan head and were not counted.

Victim advocates want greater transparency from each diocese. The church maintains that it must consider only credible reports because including possibly false statements can ruin a person’s reputation. Notwithstanding, the Church allowed each diocese to define what it believed was a credible accusation. Some dioceses declined to add clergy to their lists because that person has since died and there is no one to defend his reputation.