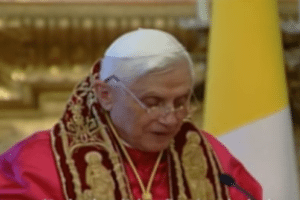 Monsignor Joseph Fete, the Rev. Michael Ellifritz and the Rev. Martin Weithman first will have a chance to ask to be removed from the priesthood, said spokesman Tom Berg. All three have 30 days to respond.

Griffin’s decision was based on recommendations from a diocesan board reviewing sex abuse cases, Berg said.

“To allow them to continue to wear the collar or participate in ministry puts children at risk,” said Yvette McGee Brown, chairwoman of the Board of Review for the Protection of Children, the board that investigated the allegations of misconduct. “The board did not believe that any priest who has engaged in sexual activity with a minor should be continuing in ministry.”

Under rules adopted by U.S. bishops last year, abusive priests must be removed from public ministry and could be forced out of the priesthood.

If he determines the priests cannot be removed, Griffin could prohibit the men from ministering and identifying themselves as priests, Berg said.

Berg said Fete has admitted sexually abusing a teenage boy in the late 1970s, while Ellifritz has acknowledged improper contact with a boy about 20 years ago while serving in a parish.

Ellifritz, 60, was ordained in 1967, and was assistant pastor at St. Mary Church, Lancaster, beginning in 1972. During his time in Lancaster, he taught at Fisher Catholic High School. He also served at parishes in Circleville, Columbus, Hilliard, Wellston, Danville, Logan and Powell.

Fairfield County Prosecutor David Landefeld said in July that there were no allegations of Ellifritz doing anything improper while he was in Fairfield County.

Weithman, 47, pastor of Seton Parish in Pickerington, has been on leave since July while under investigation for allegations of improper conduct with a minor.

Dennis Palmer, 31, formerly of Columbus, accused Weithman of molesting him between 1986 and 1991.

According to the Columbus Diocese, Weithman has had no previous allegations made against him. He denies any wrongdoing with Palmer.