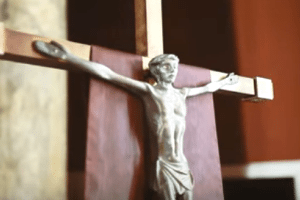 The Rev. Charles W. Wiggins, 45, was stripped of his right to work as a priest, wear priestly garb or publicly proclaim himself a priest after an investigation last week by a board set up by the Catholic Diocese of Wilmington, which includes all of Delaware and the Eastern Shore of Maryland.

The other two priests had stopped working at their parishes after diocese officials began investigating claims that they had sexually abused children. Like Wiggins, the Rev. Francis J. Rogers, 48, and the Rev. William E. Irwin, 64, may no longer function as priests. They retain the title because only the Vatican has the right to defrock an ordained Catholic priest.

The diocese announced on Sunday the action taken against the priests in churches where two of them had served. It also posted a news release on the diocese’s Web site. None of the priests could be reached for comment Monday at the rectories where they had lived, and a diocese spokesman would not provide current contact information.

Deputy Attorney General Ferris Wharton said no charges would be filed against any of the men because the abuse was alleged to have occurred so long ago that the statute of limitations has run out. Wharton said prosecutors have investigated all three cases and concluded that Wiggins had been accused of a misdemeanor and the other men of felonies.

Church officials and prosecutors would not provide details about the nature of the abuse each man was accused of or about the victims, the number of accusations or the location and circumstances under which the abuses occurred. The officials said they are trying to protect the privacy of the victims.

Wiggins was removed as pastor of Holy Spirit Parish in New Castle Thursday after the Diocesan Review Board concluded that he committed sexual abuse in 1987.

Bishop Michael A. Saltarelli had known about the allegations made against Wiggins, but had taken no action against him until a new definition of sexual abuse was adopted by a national conference of bishops, diocese spokesman Robert Krebs said. In an interview last year, Saltarelli said there were no diocese priests in active ministry who had been accused of sexual abuse.

In a written statement, Saltarelli said, “It is indeed a difficult time for our church, for our lay people, for our priests and especially for the victims of sexual abuse by clergy.” Saltarelli would not be interviewed.

The recent decision brings to 18 the total of priests who faced what the church has called “substantiated allegations” of sexual abuse. Seven of those priests are dead. The other 11, including the most recent three, were removed from active ministry, Krebs said. Krebs said there are no priests in active ministry in the diocese who have been accused of sexual abuse.

Because no criminal charges will be filed, the names of the men will not be added to the state’s database of sexual offenders and no further community notification of their whereabouts is required.

Wiggins and Rogers are being offered financial assistance from the diocese until they are able to find work outside the priesthood. Irwin is living in an assisted-living retirement home, where he is receiving psychological counseling and treatment for Parkinson’s disease, according to church officials. The diocese is helping pay his expenses as well, Krebs said.

Families of many victims have opposed any time limits for bringing criminal and civil charges against priests or churches. Joan Dougherty of Wilmington, who works with the Survivors Network of those Abused by Priests, is among them. Two of Dougherty’s three sons were sexually abused by a priest in Camden, N.J., more than 20 years ago. “It is very sad that the victims, the survivors, are not able to bring action against them,” Dougherty said. “I would like to see that changed as far as the statute of limitations”

The allegations against Rogers were first made in 1981, but church officials did not remove him from his job as an associate pastor of the Immaculate Heart of Mary Church in Liftwood, Krebs said. Rogers was given counseling as a result of the 1981 allegations, Krebs said.

Wiggins was first accused of abuse in 1987, when he was associate director of pastoral care at St. Mark’s High School. He asked for and was given psychological treatment because of the allegations, according to the diocese. He then returned to work at the St. Francis de Sales Church in Salisbury, Md., when psychologists declared him fully recovered and fit to return to ministry, according to the diocese.

Allegations against Irwin first became public last year after an anonymous caller to a church employee accused the priest of abuse. He was semi-retired then, working part time at the St. Mary Magdalen Church, north of Wilmington. Irwin reported the accusation to the Delaware State Police and was removed by the diocese from active ministry. He was treated at a psychological counseling facility and released in September, according to the church.

Although Saltarelli knew about the claims made against Wiggins, he took no action because of “the nature of the allegation and the nature of the disorder that Father Wiggins was diagnosed with,” Krebs said. Saltarelli did not consider the allegations to be sexual abuse until after the new definitions were adopted by the church last year, Krebs said.

Under the new policy, the Catholic church defines sexual abuse to include “sexual molestation or sexual exploitation of a minor and other behavior by which an adult uses a minor as an object of sexual gratification.” Even if an act by a priest is legal, it can still be considered sexual abuse by the church, according to the policy, which was adopted in December and is called “Essential Norms for Diocesan/Eparchial Policies Dealing with Allegations of Sexual Abuse of Minors by Priests or Deacons.”

Deacon Charles Robinson of St. Polycarp Church in Smyrna said he heard about the diocese’s actions Monday. He is concerned that so much time elapsed between the accusations and the church’s response. He believes that delay hurt the church and the accused priests.

“This is very, very upsetting to me, but I’m concerned for a few reasons,” said Robinson, who was ordained in 2000. “It concerns me that it happens, that it takes so long before these things are brought out. We should know about these things immediately. People should address it and it should be handled properly. I have a difficult time with punishing somebody for something that happened 20 years ago.”

The Rev. Robert Silva, executive director of the National Federation of Priests’ Councils, which represents more than 26,000 priests nationwide, said the church’s first priority must be to minister to victims. It also must protect the rights of priests, he said. “We have to be really careful that in trying to correct one wrong we don’t commit another,” Silva said.

Mark Serrano, regional director of the Survivors Network, said he believes the church’s actions do not go far enough to restore faith in the church. Serrano’s lawsuit involving claims against a New Jersey priest were settled in civil court. “Parents can’t just rely on words from a press statement or a spokesman from a diocese,” Serrano said. “We need hard data. We need more information. People expect a higher moral standard from the Catholic Church and from bishops. More should be known about the whereabouts of these priests today and the steps the diocese will take to protect children from them on an ongoing basis.”