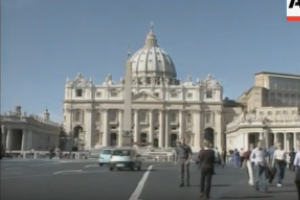 Vatican authorization makes the plan church law for the United States and, therefore, binding on Catholic officials. Bishops have acknowledged that allowing dioceses to set their own rules often left molesters in parishes and helped create this year’s many scandals.

The Holy See’s announcement came three days after Pope John Paul II accepted the resignation of Cardinal Bernard Law as archbishop of Boston, removing a central figure from the abuse crisis which began in Law’s archdiocese 11 months ago.

“A number of bishops have added to the impact of this scandal by being, too often, negligent in our vigilance,” Bishop Wilton Gregory, president of the U.S. Conference of Catholic Bishops, said Monday. “We turn to the Catholic people for their help in making this a moment of new creation.”

The policy attempts to balance the rights of victims and accused clergy in a discipline process separate from civil proceedings.

Bishops have pledged to report all allegations involving children to law enforcement in their communities, even though the church leaders are compelled to only obey local civil law on reporting abuse.

Under the new plan, bishops will conduct a confidential, preliminary inquiry when a molestation claim is made to determine whether it is plausible. If it is, the Vatican will be notified and will likely return the case to the bishop. The accused priest is to be put on leave and then must go before a clerical tribunal to determine his guilt or innocence.

The bishops dealt with the burgeoning crisis in June by approving a policy that would have allowed church leaders to pull priests out of their jobs as soon as they were accused. But Vatican officials expressed concern the approach denied priests due process, and a joint U.S.-Vatican commission revised the plan.

Guilty clerics will now be barred from public ministry saying Mass, teaching in Catholic schools, wearing a Roman collar after a single case of abuse with a minor. Some may also be forced to leave the priesthood.

The Vatican released a letter from Cardinal Giovanni Battista Re to Gregory informing him of the Holy See’s approval and saying “it appears necessary to devote every available resource to restoring the public image of the Catholic priesthood.”

The crisis erupted in January when court documents released over the objection of the Boston Archdiocese revealed Law had let predatory priests continue to serve after allegations surfaced against them.

Law appeared publicly Monday for the first time since stepping down, reiterating he hopes his resignation “might help the Archdiocese of Boston to experience healing, to experience reconciliation and to experience unity.”

Re, who heads the Congregation of Bishops, asked the American bishops to continue their meetings with the heads of religious orders who have expressed concern about applying the policy to their members. About one-third of America’s 46,000 priests are in religious orders such as the Jesuits and Franciscans.

The policy comes up for review in two years.

Now, the bishops must face the complex task of implementing the plan, which takes effect March 1. Bishop William Lori of Bridgeport, Conn., a member of the panel that revised the policy, said the bishops plan to create a training program for clergy assigned to the tribunals, which will consist of three to five priests.

At least 325 U.S. priests have been removed from duty or resigned this year because of molestation claims. Lori said it was unclear how many will go before the church courts.

Under the new policy, bishops can ask the Vatican to waive the church’s statute of limitations, which requires victims to come forward by age 28. Review boards including lay people will monitor how dioceses respond to abuse, but their work will be confidential and the policy stresses that only bishops can manage clergy.