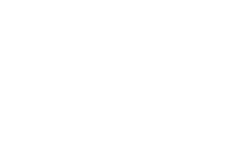 Actonel Side Effects Injury Lawsuit. Our Bisphosphonate lawyers are investigating injuries associated with this class of drugs. Bisphosphonates are sold under the names Actonel, Aredia, Bonefos, Boniva, Fosamax, Didronel, Reclast, Skelid and Zometa. Most people are familiar with these drugs as osteoporosis treatments for postmenopausal women. However, they are also approved for a variety of other indications, including other bone diseases such as Paget’s disease. These drugs are also given to cancer patients for the prevention of fractures due to bone metastases.

Actonel (generic: risedronate sodium), manufactured by Procter Gamble, was granted FDA approval on March 27, 1998. Actonel is prescribed to treat postmenopausal osteoporosis. Actonel is a type of drug known as bisphosphonates, the same family of drugs as Fosamax, Aredia, and Zometa. Individuals using Actonel or other bisphosphonates should avoid tooth extractions and other major dental work while on the drugs.

A connection between Actonel (and other bisphosphonates) and a serious bone disease called Osteonecrosis of the Jaw (ONJ) was found. Osteonecrosis of the Jaw (ONJ) is also known as Dead Jaw. This finding was published in the Journal of Oral and Maxillofacial Surgeons, and it prompted the US Food and Drug Administration (FDA) and the manufacturer of Actonel to issue a warning to health care professionals on September 24, 2004. Bisphosphonates are commonly used in tablet form to prevent and treat osteoporosis in post-menopausal women. Stronger forms of bisphosphonates are commonly used in the management of advanced cancers that have metastasized to the bone, where the disease often causes bone pain and possibly even fractures. Several cancers can involve or metastasize to the bone including lung cancer, breast cancer, prostate cancer, multiple myeloma, and others. When bisphosphonates are given in cancer chemotherapy, the drugs are given intravenously and usually for longer periods of time.

Osteonecrosis of the Jaw (ONJ) is a condition in which the bone tissue in the jaw fails to heal after minor trauma such as a tooth extraction, causing the bone to be exposed. The exposure can eventually lead to infection and fracture and may require long-term antibiotic therapy or surgery to remove the dying bone tissue. Experts say that prevention and early treatment of patients using bisphosphonates such as Actonel is extremely important in preserving the jawbone. If you or a loved one took Actonel and suffered side effects, please fill out the form at the right for a free case evaluation by a qualified drug side effects attorney.