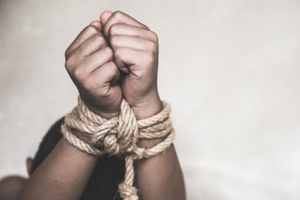 NEW YORK – According to a press release published by www.governor.ny.gov, New York governor Andrew Cuomo announced that the Child Victims Act would be included in the 2019 executive budget.

Governor Andrew Cuomo, through a press release from his office, has indicated that the Child Victims Act (“Act”) would be included in the 2019 executive budget.  The Act is a set of laws intended to help child victims of sexual abuse hold their abusers accountable, both criminally, and civilly, allowing victims a way to seek justice regardless of when they suffered the abuse.

The laws in place before implementation of the Act indicate that an alleged sexual abuser must be criminally prosecuted within five years of the alleged abuse.  Additionally, any civil lawsuit to seek damages in the form of compensation must be filed no later than three years from the date of a victim’s eighteenth birthday.  Governor Cuomo’s new legislation eliminates many of the time constraints placed on child victims of sexual abuse.

New York’s Child Victims Act reshapes current New York law that does not provide child victims of sexual abuse adequate means to pursue legal action, either by reporting the alleged abuse to police or by seeking justice by filing a civil complaint.  The Act aims to do the following, which was not possible under New York’s existing laws: