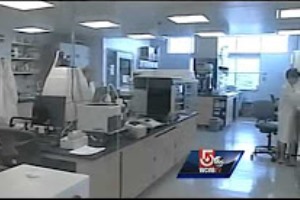 Tainted Syringes Linked To Deadly Illnesses. Federal regulators missed several opportunities to keep tainted pre-filled syringes from the AM2PAT facility in North Carolina from endangering patients, according to a new investigation by The Chicago Tribune and ProPublica. The bacteria-laden AM2PAT prefilled syringes were linked to serious and sometimes deadly illnesses in 2007 before they were finally recalled.

The Tribune/ProPublica investigation found several instances where the Food & Drug Administration (FDA) failed to follow-up on possible problems at AM2PAT. In March 2005, a pharmacist reported large amounts of orange sediment floating in an AM2PAT syringe, as well as an inch-long black hair suspended in another.

An inspector visited the facility in June, the report said, and noted nine “significant violations”, and AM2PAT was issued an FDA warning letter. But following a January 2006 inspection, the FDA determined that AM2PAT had fixed the problems cited the previous June.

FDA received another complaint about “white, wispy material” in syringes

According to Tribune/ProPublica article, in 2007 the FDA received another complaint about “white, wispy material” in syringes made at AMPAT2. Another report from the same time period cited brown particles in another syringe from the same batch. An AM2PAT worker also claimed management was not adhering to the appropriate clean room temperature during manufacturing, the article said.

The FDA launched another inspection that  June, but when agency personnel arrived, they found the AM2PAT facility shut down.  According to the Tribune/ProPublica investigation, AM2PAT had moved to another facility 30 miles away without ever letting the FDA know.

In August 2007, an FDA inspector finally arrived at the new AM2PAT facility to investigate the reports of particulate matter in some of the syringes shipped from the factory.

According to the Tribune, the inspector reported back that the plant had a plan to deal with rust, but did not report that it had switched to an unreliable sterilization method.

What the inspector did not known was that on July 30, AM2PAT’s customer, B. Braun Medical had recalled over a million syringes because of particulate matter. The FDA’s Philadelphia office, which would issue a press release about the recall six weeks after it actually occurred, never informed the agency’s Atlanta office, which was conducting the inspection of AM2PAT.

According to the Tribune/ProPublica investigation, the FDA’s release about the B. Braun recall noted that particles in the syringes were medical-grade silicone, and were capable of causing brain damage or a deadly clot.

According to the Tribune/ProPublica report

According to the Tribune/ProPublica report, the July 30 recall should have prompted the FDA to conduct a more thorough inspection of the AM2PAT facility, but it never did.

A spokesperson for the agency told the Chicago Tribune that the agency is so understaffed that it no longer follows its own policy except in cases where a recalled device poses a reasonable probability of serious injuries or deaths.

By December 2007, the FDA was receiving  reports of infections linked to AM2PAT  syringes.  In December 2007 and January 2008, Sierra Pre-filled and B. Braun syringes were recalled by AM2PAT because of the contamination issues. It turns out that the pre-filled syringes were tainted with a bacteria called Serratia marcascens, which in healthy people may cause fever and chills, and generally responds well to antibiotics.

But many of those using the tainted AM2PAT syringes were undergoing chemotherapy treatments, or suffered other health problems which would have compromised their immune system.  In those patients, exposure to the bacteria could prove deadly.

The infections finally prompted the FDA to order a comprehensive inspection of the AM2PAT facility.   According to The Chicago Tribune, inspectors uncovered a variety of problems, including a “gummy brown ” substance on the syringe-filling machine and brown water flowing from taps.

The FDA also determined that AM2PAT kept two sets of records to cover up its poor sterility testing practices.  As a result of these findings, the AM2PAT plant was finally closed in January 2008. But by that time, the damage had been done.  At least 162  people were sickened by the tainted syringes, and at least four died from their illnesses.

As we reported in February, AM2PAT  plant manager Aniruddha Patel and quality control director Ravindra Kumar Sharma – were each sentenced to 4 1/2 years in prison for fraud and allowing tainted drugs into the marketplace.

Both had pled guilty and had agreed to provide information about plant owner Dushyant Patel.  Patel was indicted on 10 charges that include fraud and selling adulterated medical devices.  Patel is currently a fugitive, but if convicted on all charges, could face as much as 95 years in prison.