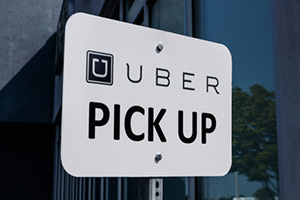 Uber passengers throughout the U.S. have filed lawsuits alleging that the company’s autonomous vehicles have caused injuries and fatalities in collisions. Passengers trust Uber to provide self-driving vehicles with necessary safety features and backup drivers who have been properly vetted for past criminal violations and a good driving record. Lawsuits are being filed by aggrieved consumers that have been injured because of poorly functioning autonomous vehicles and inattentive or incompetent backup drivers. If you have been injured during a collision or an assault committed by a backup driver while you were a passenger in an Uber autonomous vehicle, you might have a right to pursue a settlement or verdict for compensation.

Parker Waichman LLP represents clients who feel frustrated and upset that they were injured because Uber put profits before safety when equipping and maintaining their vehicle or screening a potential backup driver. Whether these victims experienced injury because of an unsafe self-driving vehicle, neglected vehicle maintenance, or a distracted backup driver, injured passengers feel they deserve justice. Our attorneys felt the indifference of Uber to this threat to public safety is an egregious wrong that merits legal action to hold the company responsible. Our clients have found satisfaction and comfort by retaining Parch Waichman LLP to file a lawsuit for financial recovery.

Do I Have Grounds to File an Accident Injury Lawsuit?

Traditionally, car accident cases involving injured passengers have turned on whether a driver exercised reasonable care for the safety of others on the road and in the vehicle. While the backup driver and Uber could still be liable to you based on negligence, the manufacturer of the self-driving system, parts, or even the vehicle could be liable based on strict liability depending on the specific circumstances. You might have the legal basis for a lawsuit if you were injured or lost a loved one when traveling as a passenger in a vehicle with an autonomous driving system that was defectively designed or otherwise faulty.

What Steps Are Involved in Filing an Uber Self-Driving Vehicle Claim?

If you have been injured in an accident while riding in an Uber autonomous vehicle, you should seek immediate medical attention to improve your prognosis and facilitate diagnostic analysis and imaging. The medical records that document your injury will be important in proving damages in your settlement or lawsuit. You should also obtain the names of any witnesses, which includes the backup Uber driver. Photos of vehicle damage, your injuries, the position of the vehicles, other visible factors that contributed to crash, and the surrounding area also will be valuable evidence. Because Uber or other potential defendants might contact you to obtain a recorded statement or to discuss a lowball settlement, you should also seek legal advice promptly to avoid critical mistakes that could compromise your legal claim.

Why Do You Need an Uber Self-Driving Vehicle Attorney?

Auto accident lawsuits involving autonomous vehicles generally will involve more sophisticated and technical issues than a run of the mill traffic accident claim. Experts in vehicle engineering, traffic safety, autonomous vehicle technology, and accident reconstruction might be needed. These experts will be able to provide information and testimony regarding complex data and technology related issues. Our law firm works with top experts and conduct thorough investigations of the facts.to build the most compelling argument for liability, causation, and damages.

How Do You Afford Your Lawsuit?

While the cost of litigation involving the complex technical issues related to an autonomous car crash can be significant, our autonomous driving car accident injury attorneys at Parker Waichman LLP advance the costs of the lawsuit and only receive attorney fees once we have obtained your financial recovery. This approach means that concerns about the affordability of litigation will not be a barrier to obtaining the justice you deserve.

How Much Will the Case Be Worth?

The precise damages that you might be entitled to receive will depend on the specifics of your case. Severe, permanent injuries like a spinal cord injury or traumatic brain injury typically will result in a more substantial recovery than a fracture that will eventually heal. However, there are many factors that might be relevant to the compensation you receive, such as the amount of past or future medical bills, your past and future lost earnings, long-term care requirements, impact on your spouse/children, emotional harm, the egregiousness of the defendant’s conduct, and many other considerations.

How Do Uber’s Autonomous Vehicles Function?

Autonomous vehicles like those used by Uber rely on rangefinders, radar, video, a GPS unit, and a navigation system. This hardware enables the vehicle to detect its surroundings so it can navigate in lieu of a human driver. Radar constitutes a key component that these vehicles to formulate their route. This technology involves transmitting radio waves in a direction. The waves are reflected by objects external to the vehicle. The length of time a wave takes to be detected after reflection determines the distance between the vehicle and the object. Rangefinders work in a similar fashion by determining the location of objects and measuring the refraction time of laser beams.

This autonomous system uses the data from these types of sensors, a navigation system, and GPS data to construct a 3-D map of the vehicle’s surroundings. The system also uses a control system based on an algorithm to calculate next moves while moves that will put the vehicle in the path of a hazard or person are eliminated. This information will be transmitted to the vehicle’s actuators to control the throttle, brakes, and steering.

Why Has Uber Suspended Testing of Self-Driving Vehicles?

While Uber vehicles currently are using autonomous driving systems, referring to the vehicles as “self-driven” remains less than accurate. The company’s vehicles have one or more backup drivers as the relatively new technology is tested in cities throughout the U.S. The potential danger has been confirmed by multiple reports of Uber autonomous vehicles running red lights.

Uber recently announced a temporary halt to tests in multiple cities in the wake of a fatal accident in Arizona involving one of the company’s autonomous vehicles. The car was operating in autonomous mode although a human driver was in the vehicle. A woman was crossing the street in a crosswalk in Tempe, Arizona when she was struck by the vehicle according to KNXV, an ABC affiliate. The woman was walking her bike across the street when the vehicle struck her. The human driver was mostly looking down rather than the road ahead when the car slammed into the pedestrian according to a Reuters report.

Autonomous vehicles have been lauded for their ability to eliminate drunk driving, distracted driving, and other forms of human error. However, these vehicles also lack the ability to engage in complex human maneuvers, such as using a nod or eye contact to communicate with other drivers. Malfunctions and flaws with the many components that make up these complex systems also will continue to contribute to collisions.

Do You Need an Attorney?

These cases will involve relatively complicated litigation with many parties, including companies involved in the design and/or manufacturer of the vehicle and self-driving system, the backup driver, Uber, and other parties. These lawsuits are more complex because of the number of defendants. Their insurance companies will all try to defer blame and financial responsibility on another party. Our autonomous vehicle accident lawyers work closely with highly regarded experts to identify the cause of crashes and determine the existence of vehicle defects.

Our law firm conducts investigations and analyzes the vehicles and the self-driving system in conjunction with knowledgeable experts in autonomous vehicle technology. We also conduct discovery to obtain the documents, test data, and other proof that will support your position on issues like liability and causation.

Personal injury and wrongful death victims trust our Parker Waichman LLP because our national law firm has earned a wide range of honors and accolades:

Uber Has Entered into a Confidential Settlement Following Fatal Crash

Although federal and state lawmakers and regulators are still crafting safety regulations and legislation for autonomous vehicles, these self-driven cars are already causing accidents. The fatal pedestrian accident in Tempe, Arizona was subsequently settled with the family for a confidential amount.

Parker Waichman LLP has established a well-regarded reputation throughout the U.S. while recovering over $2 billion for personal injury and wrongful death victims.

You Have Limited Time to Pursue Your Claim

Legal claims are governed by strict deadlines, so you should act promptly to preserve your claim. If you do not file a lawsuit within the deadline imposed by the statute of limitations, your claim typically will be permanently barred.

The Uber autonomous car passenger injury lawsuit attorneys of Parker Waichman LLP share a commitment to providing exemplary legal representation while showing compassion to victims and tenacity in holding those who cause injury accountable. Our Uber autonomous driving car accident law firm offers a free consultation with a knowledgeable and seasoned attorney. 24 hours, 7 days a week. No obligation. If you or a family member has been harmed, killed or injured in a collision while riding in an Uber self-driving vehicle, call 1-800-YOURLAWYER (800-968-7529) for your Free Case Review.

Have you or a loved one suffered serious harm or injury due to an accident?