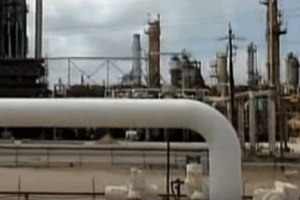 Our BP Texas City Refinery chemical leak lawyers are offering free lawsuit consultations to anyone exposed to hazardous chemicalsfrom this plant. You may be entitled to compensation for medical bills, medical monitoring, lost wages, pain and suffering and other damages. We urge you to contact one of our BP Texas City Refinery lawyers right away to protect your legal rights.

In September 2010, it was alleged that a four-day leak of hydrocarbons from the BP Texas City refinery’s Pipestill 3A unit posed an “extreme hazard” to people inside and outside the plant.” It was feared the alleged leak, which was said to involve hazardous materials, could cause an explosion. An attorney representing people living near the facility threatened to seek a court order to force BP to shut down and repair.

According to a Houston Chronicle report, BP did not explicitly deny the leak. In a statement, the company said it had advised regulatory agencies about the status of the equipment involved in the allegations.

This was not the first time concerns had been raised about leaks at the BP Texas City Refinery. In April and May of 2010, a 40-day release of chemicals from the plant allowed 17,000 lbs of benzene – a known carcinogen – to leak into the air. The incident began on April 6, when BP said a fire compromised a seal on an ultracracker’s hydrogen compressor. The malfunction forced the company to flare off gases. As it worked to fix the unit over the next 40 days, the plant released 538,000 pounds of pollutants into the air, BP told regulators.

BP reported the incident to the Texas Commission on Environmental Quality the day after it happened. But information about the release wasn’t made public until BP submitted a final incident report to regulators June 4. Since the incident, people in the area have reportedly complained of allergic reactions, sinus infections, headaches, nosebleeds and other symptoms consistent with benzene exposure.

The BP Texas City Refinery has had a long history of safety problems, some of which have resulted in serious injuries and deaths among workers at the plant. On September 21, 2010, two workers suffered serious steam burns when working on the refinery’s Pipestill 3B unit. The Galveston County Daily Sun reported on its website that one worker was flown to UTMB Hospital’s Burn Unit in Galveston, with burns of over 30 percent. The other worker was driven by ambulance to Mainland Medical Center in Texas City.

The facility was also the site of the worst US refinery accident in the past five years when 15 workers were killed and 180 others injured in an explosion. In 2010, BP paid a $50.6 million fine to the U.S. Occupational Safety and Health Administration to settle worker safety violations stemming from the March 23, 2005 blast.