Have you or someone you love suffered from priest sexual abuse?
Parker Waichman LLP is Offering Free Case Consultations
No Expenses or Fees Unless You Win Your Claim! By some estimates, more than 100,000 children have been victimized by clergy members since 1950. As survivors have emerged, the church has spent nearly 4 billion dollars settling claims from people who experienced abuse.

The United States Justice Department recently opened up its first investigation into the eight Catholic Pennsylvania dioceses and the diocese of Buffalo in New York. In the mid-1980s, a scandal emerged on the abuse conducted by priests in the church; however, further investigation was never completed. This is the first time in history that the federal government is seeking answers.

Of course, Catholicism is not the only religion plagued by high incidents of child abuse, but the size of the scandal within the Catholic church has made it the subject of the majority of related headlines.

While the accusations continue to come forward, the legal system has been grappling with the complicated situation of statutes of limitations as they apply to people who were children at the time of the abuse. Many states allow for civil cases to be filed several years following the time when a child reaches adulthood. 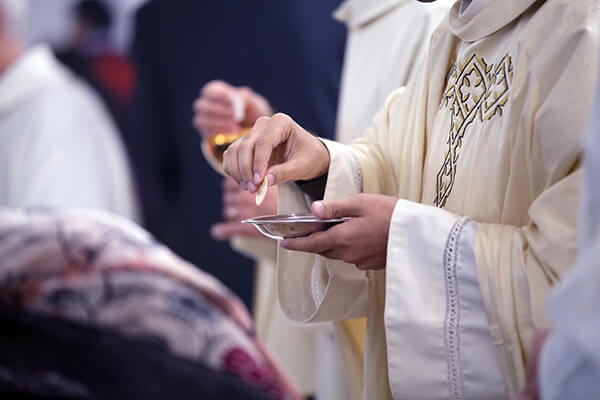 Every Roman Catholic diocese in the U.S. has been instructed to keep all documents that explain and describe any type of child sexual abuse within the clergy and any transfers of priests. Each diocese has a “secret archive” which are confidential files—the federal government is including these documents in their search. United States Attorney William M. McSwain sent a seven-page request to bishops which instructed them to “immediately transmit copies.”

Following a recent report in Pennsylvania by a grand jury that found that more than 300 priests covered up child sexual abuse over a 70-year span, the federal government decided to listen to survivors and open an investigation. Over 1,000 victims were identified and there are probably thousands more who haven’t come forward. Overall, there is an estimation of 100,000 children who were abused by clergy members since 1950. Survivors asked in 2003 for an open investigation by the federal government and again in 2014. This is a huge step for survivors of the horrifying history and accounts within the clergy.

And the sexual accounts are vicious and heartbreaking. From rape to abortion to physical beatings, the scandal has riddled the Catholic Church for over fifteen years since the Boston allegations in 2002. While some priests were removed from the ministry after complaints or allegations, many were simply transferred to other churches or dioceses were their abuse continued, therefore affecting more children in the church.

Many dioceses are already cooperating with the instructions, however, in the past, the destruction of files occurred under several dioceses. The church has spent almost 4 billion dollars in claim settlements. Certainly, the new investigations and legislation will begin to hold someone accountable for the mistreatment and abuse within the clergy. As more people explain their accusations, the legal system has to find a way to deal with the fact that many abuse victims come forward much later than the initial abuse. Various states have created a very long statute of limitations for filing a civil claim.

In January 2018, the New York State Assembly approved a new legislation to extend the statute of limitations so a victim can come forward up to the age of 50, and civil cases can be filed until the victim is 30 years old. Various lawmakers want to expand or eliminate this age gap window for civil and criminal lawsuits. And age ranges are different from every state—they vary from the cut off for a civil suit of 21 years old in Alabama to Delaware which has no age limit at all.

It’s also important to note that the Catholic Church has fought this legislation in the past and the effort to extend the statute of limitations for child sexual abuse even though it’s been reported that victims often take years to report abuse. A 2014 study in Germany found that, on average, people were 52 years old when they first reported child sexual abuse.

New York’s previous statute of limitations allows for victims of child sexual abuse to file lawsuits up to five years following their 18th birthday. This law is less generous to victims than the law in many other states. As of January 2018, the New York State Assembly approved new legislation that would extend the statute of limitations, allowing for a victim to file a civil suit up to age 50. The new law would also give victims whose time limit passed a one-year window in which to file their claims.

The law has not yet been enacted and will only be authorized if the State Senate approves it. It is not clear whether the effort to extend the statute of limitations will be successful.

Past Efforts to Change the Statute of Limitations

In the past, efforts to extend the statute of limitations for child sexual abuse have met resistance. The Roman Catholic Church and Agudath Israel of America have lobbied against efforts to allow victims more time to file their claims. In 2016, the efforts to prevent the extension of the time limit prevailed, and the law did not pass.

The New York Archdiocese faced criticism for a 2016 plan to compensate victims of child sexual abuse as it was seen by many as an attempt to eliminate cases before the law changed and made it easier for victims to seek remedies in court. The settlement offers made by the archdiocese required that anyone receiving compensation give up their right to sue in a court of law. Others have expressed their suspicion that the funds are being offered so that the church can avoid disclosing information that shows the extent of the abuse.

Pennsylvania may be leading the flock in what is to come for the victims of abuse within the dioceses of the Roman Catholic Church. New legislation and long-lasting anger can pave the way for future states to change their laws as to how victims can come forward in order to give their voice a platform.

The decades of horror within the walls of holy spaces and the allowance of pedophile priests to work with communities is appalling. The new investigation will seek transparency, answers for the public, and justice for survivors.

Anyone who has suffered from sexual abuse deserves the opportunity to hold the abuser accountable for their harmful actions. At Parker Waichman LLP, we understand how sensitive these cases are for our clients. Contact us today at 1-800-YOURLAWYER (1-800-968-7529) for a free consultation with one of our experienced attorneys.

On May 24, 2022, New York Governor Kathy Hochul signed New York’s Adult Survivors Act (ASA), which gave survivors of adult sexual abuse (over age 18 when the offense occurred) a year to file their claims, regardless of when the offense occurred. An action dismissed previously as time-barred can be revived.  The measure, which takes… Read more clergy abuse news and lawsuits...
Southern Baptist Sex Abuse

Parker Waichman LLP Comments that the Child Victims Act Can Hold Jeffrey Epstein Liable in New York Abuse Cases   NEW YORK – More victims are coming forward since learning about the arrest and impending prosecution of hedge fund manager Jeffrey Epstein for sexual abuse and sex trafficking. Though many years have passed in most… Read more clergy abuse news and lawsuits...
Catholic Bishops Warned by Government Not to Destroy Documents Pertaining to Sex Abuse

USA- The NYTimes.com reports that the United States Department of Justice contacted every Roman Catholic diocese across the county to request that they do not destroy any documents pertaining to the child sex abuse scandal. The move seems to hint that the government is planning to carry out a more extensive investigation into the scandal… Read more clergy abuse news and lawsuits...
Alleged Victims of Sex Abuse By Priests Ask New Jersey Bishop For Answers

Eleven men who say they were molested by Roman Catholic priests angrily confronted a bishop, telling graphic stories of abuse and demanding that he make sure no one else is harmed. Paterson Bishop Frank Rodimer said he had no immediate answers for the men, who were attending an event Saturday called the "Mendham Survivors Summit."… Read more clergy abuse news and lawsuits...
A Family’s Faith Was Shaken After Their Sons Were Abused

Family's milestones through their faith. From baptism to first communion to weddings, Ray and Arlene Vogel marked their family's milestones through their faith. It defined the life they created in the house across the street from St. Augustine's Catholic Church in St. Cloud. That lifelong devotion makes the betrayal they now feel all the more… Read more clergy abuse news and lawsuits...
Diocese Reviewing Files

20 cases of sexual misconduct The Oakland Diocese of the Roman Catholic Church says it is reviewing 20 cases of sexual misconduct involving priests, including more than a dozen that involve children. ``Some of these cases go back 40 years, but victims are still coming forward,'' Sister Barbara Flannery, diocese chancellor and liaison with law… Read more clergy abuse news and lawsuits...

Have You or a Loved Suffered from Sexual Abuse?