For many Americans, hospitals are places of healing and recovery. Somewhere patients go to be cured of ailments and injuries. In a recent article by The New York Times, however, evidence has arisen that one doctor, Reginald Archibald, may have sexually abused thousands of patients at Rockefeller University Hospital. 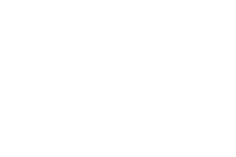 Dr. Reginald Archibald was an endocrinologist at The Rockefeller University Hospital from 1941 until 1980, except for a short, two-year break from 1946-48. In those 34 years as an endocrinologist, Dr. Archibald has been implicated in the sex abuse of over 1,000 patients from ages 5-17. Though the full extent of the damage is not fully understood, this case stands to become the largest instance of sex abuse ever recorded in U.S. history. This doctor, acclaimed for his work to help children grow who were not reaching puberty at the proper time, would take nude photographs of his patients, measure genitalia, mainly male genitalia, both flaccid and erect, ask patients to masturbate for him, and would cup the patient’s genitalia and perform manual intercourse with the patients. Though Dr. Archibald passed away in 2007, it has taken another 11 years before victims learned they were not alone.

Though Rockefeller University has claimed ignorance about the extent of the sex abuse, there have been complaints filed about Dr. Archibald as far back as 1990 detailing accusations of inappropriate conduct and sex abuse. In October of 2018, Rockefeller University Hospital suddenly reversed its position and sent out hundreds of letters to any victims they could contact, asking if they had experienced some inappropriate behavior during their time with Dr. Archibald.

Many victims suddenly realized that they were not an isolated incident and multiple cases of Dr. Archibald abuse allegations began to pile up. For some, the sex abuse had lasted for as long as 11 years with over 40 photographs being taken of them. Although every one of Dr. Archibald’s former patients reports being photographed, the hospital has stated that they have no information about the whereabouts of these photos. Other evidence of their existence, however, lies in a photo release form that parents signed for their children.

In New York, the statute of limitations for sexual abuse crimes stated that victims had until age 23 to come forward about the abuse they faced as children, but in 2019 the Child Victim’s Act extended the deadline for cases of sexual abuse. Since the average age for a person to come forward about the abuse they faced as a child is in their mid-50s, this extension to come forward before their 55th birthday will help sexual abuse victims all over the state. Victims of Dr. Reginald Archibald’s abusive acts are among those who can get the most out of this extension, since under the original statute of limitations, they wouldn’t have been able to file a lawsuit or seek legal compensation.

Under the Child Victims Act, victims had a one-year time frame between August 14th 2019 and August 14th 2020 to bring a case forward against the person or institution involved in their abuse regardless of the statute of limitations. These new changes to New York law can benefit the victims of Dr. Archibald abuse acts since he began practicing back in the 1940s, so even if a victim is above that new age limit of 55, they still have a chance to file a Dr. Archibald lawsuit.

The behavior of Dr. Archibald is unacceptable. The total number of potential victims is unknown, but is confirmed to be over 1,000 children. Additionally, since Dr. Archibald also served as a doctor for The Boys and Girls Club of Madison Square, those records are being investigated as well. Though he may not have been caught while he lived, there is still justice to be found for the thousands of victims of Reginald Archibald. Abuse victims have had to carry their pain without justice for too long.

Our law firm, Parker Waichman LLP, is prepared to represent the many victims of Dr. Archibald or any other sexual abuser. The experienced abuse lawyers here can help victims take back the power on behalf of victims and exact justice upon the people who took advantage of them. Don’t wait. Contact an attorney at Parker Waichman LLP today through our online contact form or call 1-800-YOURLAWYER (1-800-968-7529) for a free consultation today for your Dr. Archibald lawsuit.

Rockefeller University Hospital, a prominent research institute, is in the spotlight for a potential coverup of a now-deceased doctor’s sexually abusive behavior over many decades. Dr. Reginald Archibald, the deceased doctor in question, was an endocrinologist and growth specialist who treated many children in their adolescent and teen years who were having trouble growing normally.… Read more...
Rockefeller University Hospital Doctor Sexually Abused Patients and Took Nude Photos

Recent reports indicate that a prominent growth specialist, Dr. Reginald Archibald (now deceased), allegedly abused more than 1,000 children who were patients of his at Rockefeller University Hospital. Many of Dr. Archibald’s patients went to him for help in finding ways to increase their growth. Dr. Archibald, alongside Rockefeller University Hospital, utilized what they learned… Read more...