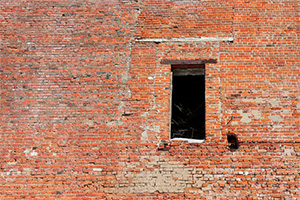 MANHATTAN, N.Y. — Construction workers hurriedly installed scaffold supports to brace the façade of a building that is quickly disintegrating. Chunks of falling façade have already killed a well-known architect. Gruntstuff reported that the façade of the building facing 729 Seventh Avenue in Midtown was in disrepair for a long time and is in desperate need of emergency repairs. Crews from the Bronx-based Everest Scaffolding installed the supports over the entrance to the building before 9:00 a.m. Building inspectors monitored the progress of the scaffolding and approved the safety measure. Hopefully, no one else gets killed or injured by a hunk of falling stucco and plaster.

Around 10:45 a.m. Tuesday, a 60-year-old female architect, and Vice President of an architecture firm, sustained a fatal blow to the head from hunks of plaster and stucco that fell from the front of the building onto the sidewalk below.

An individual who works in an office located in 729 Seventh Avenue commented on the structural integrity and appearance of the building’s façade. The employee described the outer construction as “ugly” and commented that the building has been in dire need of repairs for quite some time. However, the employee continued, the building owners delayed repairs until someone was killed. The employee showed how fragile the existing construction material is to a reporter. The man picked up a chunk of limestone and stucco, and it crumbled instantly.

Have you or a loved one been harmed in a construction accident?