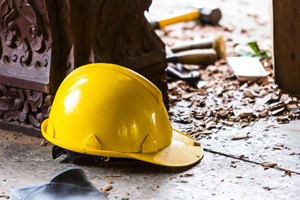 NAPLES, FL — Two construction workers sustained traumatic injuries when the floor of the house collapsed. Authorities initially believed that a crane collapsed on the workers. However, a more thorough investigation revealed that brackets broke and fell. The workers were trapped under concrete slabs that fell when the bracket gave way, according to a report appearing in the Naples Daily News. Naples Fire, along with Naples Police, responded to the scene to extricate the trapped men. Although neither wore a helmet when the slabs collapsed, both were reportedly conscious and talking. Investigators with the U.S. Occupational Health and Safety Administration, better known as OSHA, also responded to the scene to an investigation.

No final determination has been made by any investigating authority relating to the incident. Naples Fire officials believed that a crane collapsed on top of the workers. The statement made by the firefighters contradicts the version of events reported by the Naples Police. Police officers interviewed the crane operator and concluded that the crane was not in service when the concrete slabs fell and trapped the construction workers.

The crane operator turned out to be a critical witness to the incident. The crane operator informed police how the bracket that was supporting the two concrete slabs upon which the workers stood before it fell broke free. The workers were not wearing hard hats when the slab broke off of the pillar. They fell to the floor of the construction site.

Both construction workers were seriously injured in the construction accident. One of the workers complained of severe back pain. The other worker was pinned under a concrete slab for a period of time before crews could extricate him. Both received emergency transportation to a local trauma center for treatment. Their current medical condition is unknown.

OSHA’s investigators will survey the debris and try to determine whether any regulatory violations caused the metal bracket to break, leading to the construction workers’ fall.

Have you or a loved one been harmed in a construction accident?