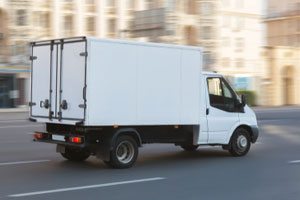 HOLTSVILLE, Long Island, New York — A man from Long Island is dead after a box truck ran him over around 8:00 p.m. last Friday. According to the Daily Voice, the victim was 41-years-of-age and was riding a bicycle when the box truck hit him. The victim hailed from Medford, New York. Suffolk County police, along with Holtsville Fire and Rescue responded to the accident scene. A paramedic pronounced the bicycle rider dead at the scene, which was located in the vicinity of North Ocean Avenue and Fish Road in Holtsville. Suffolk Police have the case under investigation.

Suffolk Police are examining evidence to ascertain why the driver of a 2006 Ford E-350 box-style truck riding south on North Ocean Avenue collided with a 41-year-old man riding a bicycle around 8 o’clock in the evening last Friday. Suffolk Police reported that the exact location where the box truck hit the bike rider was around 500 feet to the north side of the intersection with Fish Road on North Ocean Avenue.

Suffolk police said that eh driver of the Ford box truck, a 57-year-old man from Mastic Beach, was uninjured in the crash. He remained at the scene. Suffolk police investigators also said that they impounded the box truck to perform a safety-systems check of the vehicle. The accident investigators did not disclose the outcome of their inspection.

The Daily Voice published a photo of the area in which the accident happened courtesy of Google Maps. North Ocean Avenue runs north and south, with two divided lanes in each direction. There is also a considerable breakdown lane in the area. Police did not indicate where on the road, the collision happened.

The case is being handled by detectives from Suffolk County Police Department’s Fifth Squad. They have asked that any member of the public who might have seen or heard anything about this fatal bicycle crash to come forward and provide them with the information.

Have you or a loved been injured in a box truck accident?