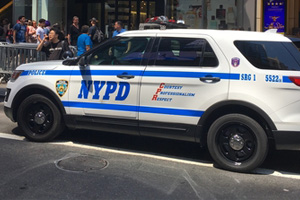 QUEENS, N.Y. — According to the Queens Chronicle, two women died in separate pedestrian accidents in early November in different sections of Queens. The first fatal accident happened in Fresh Meadows and said that the second deadly crash occurred in Maspeth. Both cases remain under investigation by New York City Police detectives.

Investigating officers said that Juana Allard, 78-years of age from Kew Gardens died after a 2010 Lincoln Navigator SUV struck her while she tried to cross Union Turnpike near 177th Street. Police noted that the time of the accident was 4:10 p.m. The incident report indicated that the driver’s side view mirror struck Ms. Allard in the head.

The driver of the Lincoln Navigator SUV did not flee from the accident and spoke with investigators. The investigating officers did not place the driver under arrest. They noted that accident reconstruction is ongoing and will not be completed for some time.

A resident of Brooklyn names Tamika Johnson reported being 39-years-old died after she was struck by a vehicle around 1:20 a.m. on Friday, November 2, 2018, on 56th Road in Maspeth. New York City Police noted that the accident scene was located near 48th Street.

Police received at least one 911 call of a woman down in the road and suffering from massive trauma across her body. No driver was located at the scene of the accident. The preliminary investigation revealed that a black SUV traveling easterly struck Ms. Johnson was who walking in southerly direction trying to cross 56th Road at the time of the crash.

EMS transported Ms. Johnson to NYC Health + Hospitals/Elmhurst for treatment. She was admitted in critical condition and died on her injuries shortly after 1:00 p.m. on Sunday, November 4, 2018.

New York City Police detectives are continuing their search for a suspect.