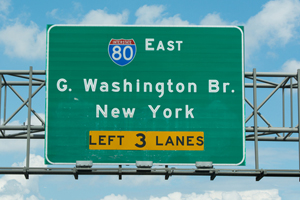 BRONX, NY – According to an online news report from dailyvoice.com, a couple from the Bronx were tragically killed on the George Washington Bridge’s lower level in a Thursday morning accident. The report states that a 52-year-old man was operating a Honda CRV, and his small Honda SUV collided with a Chevy Corvette. The accident happened at approximately 9:30 in the morning along the westbound lower-level lanes. Law enforcement responded to the accident scenes and noted the front-end damage on the Chevy Corvette, which was in the right-side lane. The Honda SUV was found in the center median, and it had significant damage to the rear and side of the SUV.