Johnny Rockets Credit Card Receipts Allegedly Risk Identity Theft. A California federal magistrate has signed off on a $37 million settlement to end a class action lawsuit filed against a Johnny Rockets restaurant in Calabasas, California. The class action alleged that the restaurant, which is in Chapter 7 bankruptcy, violated the Fair and Accurate Credit Transactions Act (FACTA) by printing too much information on customers’ credit card receipts, placing them at risk for identity theft.

Parker Waichman LLP is a national law firm with decades of experience representing consumers in various class action lawsuits. The firm continues to offer free legal consultations to individuals with questions about filing a lawsuit.

The class action lawsuit was filed in August 2013 by a customer who alleged that the restaurant violated FACTA law by printing the last four digits of her credit card number, the expiration date, name, and brand of the card on a receipt. JS Dreams Inc. and Cristcat Calabasas Inc., described as owners and operators of the Calabasas Johnny Rockets, were named as defendants. According to Law360, the restaurant later filed for bankruptcy.

An order signed by U.S. Magistrate Judge John E. McDermott shows that the parties reached a $37 million settlement in 2016. The settlement consists of $33.7 million in statutory damages and $3.37 million in punitive damages plus fees and costs.

“In making these findings, the court considered, among other factors, the potential statutory damages claimed in the lawsuit on behalf of plaintiff and members of the class, defendant’s bankruptcy and funds available therein, defendant’s potential liability, the risks of continued litigation including trial outcome, delay and potential appeals, the substantial benefits available to the class as a result of the settlement, and the fact that the settlement represents a compromise of the parties’ respective positions rather than the result of a finding of liability at trial,” the order states.

Members of the class include individuals who purchased items from the Calabasas location of Johnny Rockets between Jan. 18, 2012 and Mar. 15, 2013 using a debit or credit card. During this period, 33,735 debit and credit card receipts were issued. Judge McDermott certified the class in December 2014. JS Dreams Inc. filed for Chapter 7 bankruptcy a year later, court documents show. The class proposed a $37.3 million settlement six months later.

The preliminary settlement was approved in July and final approval was granted in November 2016.

The plaintiff who initiated the class action lawsuit will receive a $5,000 incentive award. According to the order, no class members wanted to be excluded, make objections or wanted to be heard at the final approval hearing.

What is FACTA Law? 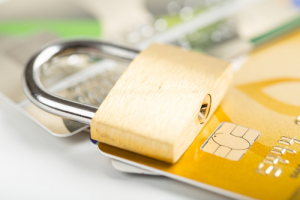 The main goal of the Fair and Accurate Credit Transactions Act (FACTA) is to protect consumers from identity theft. Congress passed FACTA in 2003 as an amendment to the Fair Credit Reporting Act (FCRA). The act includes provisions related to information privacy and accurate credit reporting. Under FACTA, consumers are allowed one free credit report annually from credit reporting agencies. Consumers can also purchase a credit score with information about how the score is calculated for a “reasonable fee”.

If consumers suspect they are victims of identity fraud, FACTA allows them to place an alert message on their files.

Under FACTA, credit card receipts must also shorten, or truncate, a customer’s credit card number to protect their personal banking information. This is known as personal account number (PAN) truncation.

The Federal Trade Commission website states that FACTA “requires the provision of ‘risk-based-pricing’ notices and credit scores to consumers in connection with denials or less favorable offers of credit. The Act also adds provisions designed to prevent and mitigate identity theft, including a section that enables consumers to place fraud alerts in their credit files, as well as other enhancements to the Fair Credit Reporting Act.”

Parker Waichman notes that other companies have faced FACTA class action lawsuits. According to Law360, Spirit Airlines agreed to pay $7.5 million to resolve allegations that it violated FACTA law by printing too much personal information on credit card receipts. Spirit settled the case without admitting fault. The lawsuit was brought by a customer who alleges that Spirit printed the last four digits of his credit card and the first seven digits of his account number on the receipt. Spirit faced similar allegations in 2010.

Our Class Action attorneys are here to help you when you need it the most.