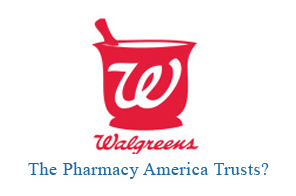 Headquartered in Deerfield, Illinois, the Walgreen Company is the largest drug retailer in the United States and, as of first-quarter 2014, Walgreen operated nearly 9,000 stores nationwide, as well as in Puerto Rico, the U.S. Virgin Islands, and Guam.

In at least one Walgreens lawsuit, Walgreens is accused of charging a consumer an exorbitant fee for copies of his medical records. Allegations include that Walgreens is in violation of state law.

In this lawsuit against Walgreens pharmacy, the man bringing the action was charged a flat fee of $55 for his records; however, according to the state law involved, companies are limited in what they are permitted to charge and are only legally allowed to charge:

Walgreens lawsuits allege that the firm is perpetrating the “common scheme of fraud” and of failing to disclose that it had intentionally charged consumers for copies of medical records. Lawsuits against Walgreens also accuse the firm of trying to hide the fraud by presenting its fees in a vague, unclear manner.

Copying medical records for authorized parties, such as patients, lawyers, and medical providers, is both time-consuming and costly; however, state medical record copy fee statutes are in place to offset some of these expenses. Noncompliance with state statutes has led to a number of Walgreens class action lawsuits and Walgreens lawsuit settlements involving significant financial damages.

Other similar pricing lawsuits have been brought against firms that were accused of charging excessive and duplicative amounts for copying medical records, as well as for overcharging consumers for electronic copies at the microfilm or microfiche, and not the paper rate.

Other Types of Walgreens Pricing Lawsuits

Attorney General (AG) Chris Koster announced an agreement with Walgreens to put an end to misleading advertising and the overcharging of consumers in its Missouri stores. The agreement resolves a Walgreens lawsuit he previously brought against the company for false, misleading, and deceptive retail pricing at one of Walgreens Missouri-based stores, according to a CCHeadliner report. The scheme involved routine overcharging of Walgreens’ customers.

Walgreens agreed to a settlement that involves monitoring of its stores for three years, until June 2017, by an independent auditor. The auditor will be paid by Walgreens, approved by the Attorney General’s Office, and required to audit no less than 25 percent of the firm’s Missouri stores every quarter. The auditors must check no less than 100 items per store to ascertain if advertised shelf tag prices are the same as the prices charged to consumers at the register.

If you or a loved one were overcharged for the copying of medical records, or were overcharged at the register for an amount that is greater than an advertised store price for any store product, you may have valuable legal rights. We urge you to contact our Class Action lawyers today concerning a potential Walgreens class action lawsuit by filling out our online form, or calling 1-800-YOURLAWYER (1-800-968-7529).