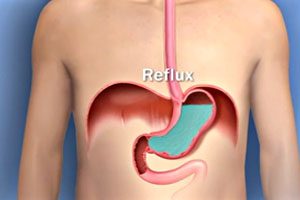 Common Heartburn Medications Linked To Chronic Illnesses.Stomach ailments relating to digestion are a widespread ailment among people living in the United States. Almost as common are prescription medicines designed to treat, if not cure, those problems. Some of these medications might be available over the counter. The most common drugsare familiar to most of us: Nexium, Prevacid, and Prilosec. Researchers opined that none of these medications present the threat of any side effects and are perfectly safe for daily use until recent studies suggest otherwise. Studies now link these medicines to kidney failure, bone damages, and heart problems.

Parker Waichman LLP, a national law firm with the reputation for zealously representing victims injured by medical companies, has decades of experience recovering financial compensation for their clients. Turn to Parker Waichman for representation if you or a loved one suffered injuries or illness from medicines you believed were safe to take but made you ill.

Many Americans suffer from moderate to severe stomach problems daily. The latest estimated indicate that nearly 15 million people suffer from one form of digestive issue or another. Those stomach problems range from heartburn, indigestion, acid reflux disease, and gastroesophageal reflux disease, commonly known as GERD. Doctors treat these chronic digestive issues with proton-pump inhibitors (PPIs) such as Nexium, Prevacid or omeprazole, whose product name is Prilosec. These medicines may be found in over-the-counter dosages or higher dosages which require a prescription to purchase.

These medicines are different than other heartburn medications such as Tums, Rolaids, or Mylanta. Those drugs, generically called antacids reduce the acid bubbling up from your stomach into your esophagus, which causes heartburn. Other drugs like Zantac are essentially antihistamines for the stomach and are known as H2 blockers. PPIs work differently because they eliminate the acid from your stomach instead of absorbing an amount of it.

The Problems with PPIs

Physicians and researchers, and even the United States Food and Drug Administration (FDA) believed that PPIs were safe to take on a regular basis. Most doctors will acknowledge that a long-term course of any medication presents some risk, albeit low in the case of PPIs, for some damage to occur. However, a physician who specializes in kidney problems from Johns Hopkins Bloomberg School of Health in Baltimore, MD, observed sinking levels of magnesium in her patients. The doctor wanted to know if there was a correlation between PPIs and the plummeting levels of magnesium. Research confirmed the doctor’s suspicions.

The Journal of the American Medical Association (JAMA) published the physician’s study in January 2016 in its Internal Medicine edition. In sum, the doctor concluded that prolonged use of PPIs increases the patient’s chance of developing chronic kidney disease by 20 to 50 percent. However, the doctor found that people aged 70 or older were more susceptible to developing the problem when compared to younger populations. The doctor noted that people 70 and older are more vulnerable to kidney disease anyway.

The study was limited in scope because it could not take into consideration how long the patient took the drug before the kidney problems emerged. However, the doctor believed that there is sufficient evidence of a correlation to advise that people should not take PPIs for longer than necessary to combat their particular stomach ailment.

Is the Risk worth it?

The medical community considered PPIs to have no adverse side effects when they first went to market. After about two decades of widespread use, some medical professionals are calling that opinion into question. Doctors found that prolonged use of PPIs do help with heartburn and GERD symptoms and many patients find relief after taking the drugs. However, as alluded to above, some doctors now think that their patients continue with the prescriptions for much longer than necessary. Given that new research suggests that PPIs could cause long-term and irreversible damage, doctors should counsel their patients no to take PPIs as a permanent solution to their heartburn problem.

In addition to the study correlating kidney disease with long-term PPI use, some doctors now opine that PPIs can reduce calcium absorption. People need calcium to help maintain strong, healthy bones. A reduction in calcium can lead to osteoporosis, low bone density, and bone fractures.

Another possible problem created by prolonged PPI use relates to interactions with heart medications. PPIs can reduce the effectiveness of a patient’s heart medication, which leads to complications and cause additional damage to the heart.

Doctors note another potential health concern from long-term PPI ingestion. Some physicians speculate that when PPIs eliminate acid in the stomach, the acid reduction leads to the destruction of good bacteria, which can cause illnesses because the gut cannot combat the malevolent bacteria in the body.

Some people must take PPIs to stave off more serious — and potentially deadly — diseases despite the potential for additional health concerns complicating matters. A medical condition called “Barrett’s Syndrome” leads to cancer of the esophagus. Patients diagnosed with Barrett’s syndrome can expect to get cancer if the problem goes untreated. It is 100 percent curable if treated timely. People with Barrett’s syndrome can expect to be on PPIs for their lifetime. Failing that, they could develop cancer and then face a long, tough road to recovery and survival. For them, the risk of kidney disease, low bone density, and other problems now associated with PPIs is worth the chance.

Other people might find alternative solutions to the problems they are experiencing.Most physicians now recommend taking an antacid for maintenance instead of long-term, daily use of a PPI. Additional solutions include changing one’s diet, reducing or eliminating alcohol from a person’s diet, and quitting smoking. Another physician recommended drinking apple cider vinegar before eating to help reduce the acid in one’s stomach. In the most extreme circumstances, patients could seek acid reflux surgery.

However, physicians suggest that understanding what causes the problem rather than eliminating the symptoms is the proper course of action. PPIs have their place in that process, but ultimately, the patient’s examination must go deeper than just sewing the wound.

What Did Drug Companies Know?

People who have taken PPIs and have experienced adverse health consequences should question what the drug companies knew about the long-term health problems their drugs can cause. Drug companies, like every other company, must market their medicines accompanied by warnings of side effects. Additionally, the drug companies must adequately label their products as well. Drug companies are liable for mislabeling and failing to warn.

For More Information About Your Rights

Parker Waichman LLP has earned the reputation as a law firm dedicated to representing their clients zealously and achieving unparalleled results. Call Parker Waichman’s drug defect lawyers today at 1-800-YOURLAWYER (1-800-768-7529) or fill out our online contact form to schedule a no obligation and free case review.