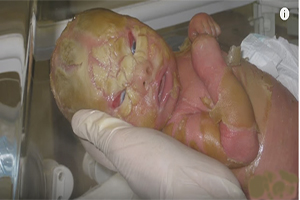 Zofran Approved for Cancer Treatments But Not In Pregnancy Related Nausea. GlaxoSmithKline’s (GSK) anti-nausea medication, Zofran (ondansetron), is the focus of a new lawsuit. Zofran is approved for use in post-operative surgery patients and patients undergoing certain cancer treatments to combat nausea.

Although Zofran is not approved to treat pregnancy-related nausea and vomiting, approximately one million expectant women are prescribed Zofran, or its generic equivalents, every year for this purpose, according to an analysis published recently in the American Journal of Obstetrics and Gynecology.

It is illegal for GlaxoSmithKline, or any drug maker, to market a drug for uses not approved by the FDA, although physicians are free to prescribe drugs for off-label purposes as they see fit.

Hundreds of families allege that Zofran causes major birth defects and, in a new Zofran lawsuit, an Illinois woman alleges that Zofran led to catastrophic consequences, including that she was left with no alternative but to terminate a pregnancy in 2014 over “severe physical malformations” that were allegedly induced by her unborn baby’s exposure to Zofran.

The lawsuit was filed in the U.S. District Court of Massachusetts in 2016 and joins more than 250 similar lawsuits that have been consolidated in the Boston federal court.

The Zofran lawsuits pending in the District of Massachusetts allege that GlaxoSmithKline concealed hundreds of birth defect reports concerning babies who were exposed to the Zofran in utero. Allegedly, GlaxoSmithKline was aware of animal studies as early as 1980 that found that the active ingredient in Zofran could cross the placental barrier in mammals.

The placental transfer of Zofran in humans

The placental transfer of Zofran in humans was confirmed in a study involving 41 pregnancies, according to the lawsuits, reported Business News.

In the Illinois case, court documents indicate that the woman became pregnant in 2014 and was prescribed Zofran soon after to “alleviate the symptoms of morning sickness.” That July, a diagnostic test revealed that her unborn child had developed congenital malformations that included “severe and life-threatening abdominal defects.”

The malformations, the woman alleges, “were the direct and proximate result of prenatal exposure to Zofran.” The woman terminated her pregnancy one month later.

As with other families nationwide, the woman is accusing GlaxoSmithKline of promoting Zofran, a violation of federal law, as a drug to help alleviate morning sickness. The U.S. Federal Government has made the same assertion.

In a case that led to the largest settlement for alleged health care fraud in United States history, the Department of Justice (DOJ) accused GlaxoSmithKline of marketing Zofran directly to obstetricians and gynecologists.

For example, in the Illinois lawsuit, the woman’s complaint indicates that, “had she not been misled by GSK’s promotion of the drug’s purported safety benefits for use during pregnancy, on which she reasonably relied” she “would not have taken branded or generic Zofran during pregnancy and [her] baby would have been born a healthy child.