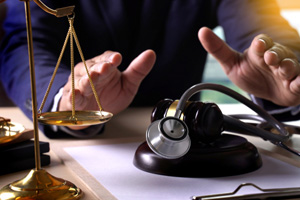 The evidence continues to mount against metal-on-metal hip implant devices. In a recent article from Healio, the author notes that, since 2007, investigators have uncovered a serious rise in the number of 5-year revision rates in metal-on-metal hip total arthroplasties when compared to devices implanted before 2007.

In a statement released by the National Joint Registry for England, Wales, Northern Ireland and the Isle of Man (NJR), Gulraj S. Matharu said, “[t]he increased number of metal-on-metal hip implant patients undergoing further surgery in recent years is likely explained by changes made in how this group of patients are managed. Our study findings are most likely attributable to the increase in regular patient follow-up combined with many surgeons now acting earlier to perform revision surgery.”

The study showed that the metal-on-metal total hip arthroplasties that implemented Pinnacle components between 2007 and 2012 had higher revision rates than those that were conducted between 2004 and 2006.

In the control group, patients who had total hip arthroplasties between 2007 and 2012 experienced higher revision surgery rates.

In the study, the researchers said, “[c]ontrary to recent reports, this finding was not specific to those involving Pinnacle acetabular components and may be explained by increased surveillance and recent lowering of the threshold for revision.”

Therefore, higher revision rates may be due to the increased supervision of patients after they have had surgery. With more frequent post-operative visits, surgeons and physicians may have realized sooner that there were issues with the metal-on-metal hip implants.

Metal-on-metal hip implant manufacturers have come under fire in recent years as thousands of Americans suffered serious complications after receiving these devices. The metal-on-metal design was at the root of these patients’ issues. Not long after their surgeries, these patients began experiencing pain, difficulty walking, and other problems. During revision surgeries, surgeons noticed that, in many cases, the tissue around the hip implant had turned black. Over time, the metal parts of the hip implant rubbed together, causing ions and metal debris to leach into the body. Many patients developed metallosis as these ions and metallic elements built up in the body. Pain, pseudotumors, and necrosis followed in many cases.

What happens if a medical device causes my injuries?

In lawsuits against medical device manufacturers, which are generally called products liability lawsuits, the injured victim must show:

Each of these elements must be proven for a victim to prevail in a products liability case. If a victim cannot prove all of the elements, the claim may be dismissed. When a case is dismissed, it is likely that the victim will be solely responsible for financial losses related to his injuries.

Three kinds of metal-on-metal hip implant defects may be present in a products liability lawsuit. These are:

Design defects occur when the “blueprints” of a product are at issue. In the metal-on-metal hip implant cases, the design of the device was flawed—therefore, these were design defect claims. Because the implants were intended to be entirely metal, and because the grinding of the metal components is what caused so many patients to suffer injury, the problem was how the product was designed.

Some products only contain a single defect. Others may contain all three types of defects. Each alleged defect must be proven with evidence. Evidence may include product blueprints, clinical trial information, internal company records, medical records, and other documentation.

Damages in a metal-on-metal hip lawsuit

While considering pursuing a products liability claim, the top question many victims have is how much their claims are worth. However, the value of a claim varies significantly depending on a number of factors. For example, how severe was the injury? Did the victim recover, or did the victim suffer permanent damage? Was the victim killed because of the defect? These are factors that make a tremendous difference in the value of a claim.

The types of damages that may be available in a medical device products liability claim include:

Other damages may also be available, depending on the facts of the case. Each type of damages must be supported with documentation.

To maximize the amount of damages available in a medical device products liability claim, it is essential to seek the expertise of an attorney as soon as possible after suffering an injury. There are deadlines in place that restrict how long victims have to pursue legal action against manufacturers, and if these deadlines pass, victims could permanently lose their ability to file a metal-on-metal hip lawsuit. Therefore, if you have been harmed, you should call an attorney right away.

At Parker Waichman LLP, our metal-on-metal hip lawsuit attorneys are experienced in medical device claims. To schedule your free consultation with our excellent legal team, call 1-800-YOURLAWYER (1-800-968-7529) 24 hours a day, 7 days a week.

Did you receive a Metal-on-Metal Hip Replacement Implant and are suffering complications?