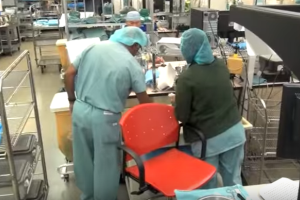 According to a New York Times investigation that coincides with the ongoing trial involving one victim of the allegedly defective ASR metal-on-metal hip implant, there are several reasons why surgeons failed to properly notify the public about the very real dangers posed by this particular medical device.

As has become evident during the initial stages of the Los Angeles Superior Court trial involving Loren Kransky, a former Montana prison guard who claims the failures of the ASR hip implant caused him to suffer serious injuries and undergo a revision surgery to replace the device, surgeons who implanted hundreds of these devices spent those few years this device was available on the market notifying the company that there may be problems with it.

These surgeons had been receiving royalties from DePuy for their part in providing clinical data on the ASR hip implant and were essentially paid to research it through sales of the device to their patients.

During this trial, several surgeons/consultants said they informed the company that they were experiencing high rates of early failures among those who received the ASR metal-on-metal hip implant, especially the damage being done by the hallmark defect of this and other all-metal hips: the toxic accumulation of metallic ions in their bloodstream caused by the wearing of the device’s components.

When DePuy Orthopaedics was notified of these problems that began developing presumably just months after the first ASR hip implants were sold, the company largely ignored the problems and instead devised ways to continue to market the implant as safe and effective.

It should have come forward with this information and back its marketing on the device, as some surgeon/consultants suggested. DePuy could have even gone to the Food and Drug Administration with the information so they could possibly craft safety guidance on the device. Obviously, they didn’t and the the ASR hip implant was eventually recalled from the global market in August 2010 after more than 90,000 of the devices were sold.

Doctors and surgeons may be even more reluctant than the company profiting from the sales of the device to come forward with reports of problems associated with a particular product because of the backlash they could suffer.

The Times interviewed several experts who suggested that doctors and surgeons believe coming forward with information about defects in a medical device like the ASR hip implant could open themselves to litigation, either from the makers of the device who will accuse them of making false claims or from patients who believe they were misled or even be to blame for the complications caused by the device, not the surgery performed.

Those surgeons/consultants may also be reluctant to come forward with reports of device failures because they fear being dropped from that secondary role and losing the royalty payments they were collecting. Also, as some suggested for the investigation, doctors often say they’re “too busy” to be bothered with the paperwork involved with making a federal report involving an adverse event with a medical device.

Dr. Harlan Krumholz, a professor at Yale School of Medicine, told the Times that “Questioning the status quo in medicine is not easy.”