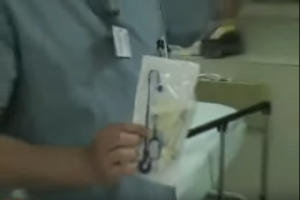 Baxter Colleague Infusion Pump. Federal regulators have published final requirements for a recall of Colleague Volumetric Infusion Pumps that was issued by Baxter International Inc. this past May.

The U.S. Food & Drug Administration (FDA) ordered Baxter to recall the Colleague Volumetric Infusion Pumps, which had been associated with 56,000 complaints of injuries, deaths and malfunctions from 2005 to 2009.

Infusion pumps are devices that deliver fluids, including nutrients and medications, into a patient’s body in a controlled manner. They are widely used in hospitals, other clinical settings and, increasingly, in the home because they allow a greater level of accuracy in fluid delivery.

According to an FDA press release issued in May, the order to recall the Colleague Volumetric Infusion Pumps was based on Baxter’s longstanding failure to correct many serious problems with the devices, including battery failures and software errors.

The recall involves as many as 200,000 Colleague Volumetric Infusion Pumps currently in use in the U.S. Under the FDA’s requirements, Baxter will also provide a transition guide to assist customers affected by the recall.

The guide will include a list of FDA-cleared or approved pump alternatives, suggestions to help minimize disruption and patient risk during the transition period, and detailed information on the refund, replacement, and lease termination programs.

Baxter will continue to provide batteries, spare parts, and service for the affected pumps during the transition period for customers who submit a Certificate of Medical Necessity to Baxter. The certificate, provided by Baxter, asks for information such as the number of CVIP currently in use, serial numbers, and the anticipated date that the CVIP will be removed from use.

After receiving the completed certificate, Baxter will continue service for 24 months from June 14, 2010, or until the customer has transitioned to another pump. The FDA is requiring that Baxter complete the recall and replace or refund programs by July 14, 2012.

According to the FDA’s May release, the agency had been working with Baxter since 1999 to correct numerous device flaws. Since then, Colleague pumps have been the subject of several Class I recalls for battery swelling, inadvertent power off, service data errors, and other issues.

In June 2006, the FDA obtained a consent decree of permanent injunction in which Baxter agreed to stop manufacturing and distributing all models of the Colleague pump until the company corrected manufacturing deficiencies and until devices in use were brought into compliance. Since then, Baxter has made numerous changes to the Colleague pumps but these changes have not corrected the product defect leading to the permanent injunction, the FDA said.

The recall order was issued after Baxter proposed a plan that would not have addressed serious issues with the pump until 2013. The FDA called the plan “unacceptable” as it left potentially dangerous infusion pumps on the market for another three years.