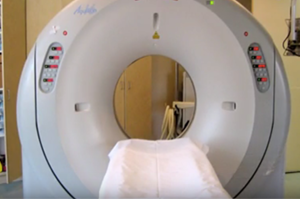 CT scans are extremely popular as a diagnostic tool.  According to the Journal, use of the scans has tripled in the U.S. since the early 1990s to more than 70 million in 2007. Though there have always been concerns regarding the cancer risks associated with radiation from CT scans, but it hasn’t been clear how high those risks actually are.

Concerns over the safety of CT scans were heightened recently, when the Food & Drug Administration (FDA) announced in October that it was probing 206 radiation overdoses from CT brain scans reported at Cedars-Sinai Medical Center in Los Angeles.  Last week, the agency said it had found 50 more instances of such overdoses at several other hospitals.

The first study detailed by The Wall Street Journal found that radiation doses received in a single CT scan varied greatly among the hospitals, with some patients receiving only one-tenth the radiation that others got. For this study, researchers looked at 1,000 adult patients at four hospitals. They projected that the dose of radiation received in a single heart CT scan at age 40 would later result in cancer in 1 in 270 women and 1 in 600 men.  For those receiving a head CT scan, 1 in 8,100 women and 1 in 11,080 men would likely develop cancer from the radiation, the study said.

The second study, which analyzed information from several databases, estimated that 29,000 future cancers could be related to CT scans received in 2007, The Wall Street Journal said.  The cancer risk was greatest for younger patients, and the study projected that the greatest number of cancers would occur the abdomen and pelvis.