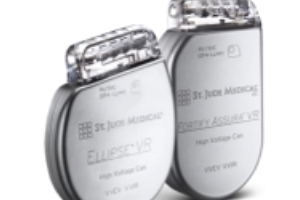 In 2010, the Riata was removed from the market after a number of defect reports and evidence of high failure fates. Reports and, now, lawsuits, include allegations that the Riata’s conductive ends break free and are either not delivering shocks at the right time, are delivering too many shocks, or are failing to deliver shocks when needed.

The Riata’s exposed ends have also been associated with internal injuries, such as lacerations. An inferior Riata lead housing was ultimately blamed for the large number of reported defects. The housing was changed to a silicone material known as Optim and released as the Durata lead.

In one case, for instance, a plaintiff, 55, described being shocked a number of times in less than a-half hour

In one case, for instance, a plaintiff, 55, described being shocked a number of times in less than a-half hour while in her bed. The lead required surgical removal, said the Journal, and her physicians said the explanted Riata revealed faulty wiring, said the Journal.

Ultimately, St. Jude issued a Class I recall on its Riata and Riata ST cardiac defibrillator leads when it discovered that the Riata devices were linked to a defect known as “inside-out corrosion.” This so-called “inside-out corrosion” causes the conductive ends on the Riata leads’ to fracture from their protective housing. This defect can cause a malfunction of an implanted heart defibrillator.

These lawsuits, said The Wall Street Journal, may challenge existing liability protection for medical device makers that has been in place since a significant Supreme Court ruling in 2008: Riegel v. Medtronic. The lawsuits were filed in Los Angeles Superior Court and federal court in the Central District of California and allege that Riata manufacturing and oversight issues led to the deaths or injuries of dozens of patients, said the Journal.

Today, that closed section has left people with limited options when injured by medical devices

Meanwhile, should the new cases succeed, a closed section of the law could be reopened. Today, that closed section has left people with limited options when injured by medical devices, especially people injured by devices approved via a fast-traced U.S. Food and Drug Administration (FDA) approval process known as the 501(k) route, said the Journal.

The prior ruling protected these device makers from most liability claims if those companies complied with the agency’s federal standards, including for manufacturing, labeling, and monitoring, said the Journal. If these devices were found to be protected, the companies were protected from some lawsuits.

In 1976, a law governing medical devices, for the most part, banned states from trying to regulate devices, which are governed by federal regulations; however, the 2008 ruling interpreted these provisions very broadly, which presents challenges when  plaintiffs pursue claims, the Journal explained. To work on these claims, attorneys must locate state laws that address specific violations of FDA mandates.

Now, attorneys in the new Riata cases allege that St. Jude violated FDA requirements to report device flaws to the agency, and also violated state product liability laws. The moves represent a novel approach to overcoming Riegel, noted the Journal. Attorneys also work to prove that St. Jude made mistakes in the way in which it manufactured the devices in accordance with agency rules, which is how most of the device cases brought have moved.

And while some potential plaintiffs and attorneys are reticent to pursue such cases, appeals courts are split over claims blocked by Riegel and, at least one recent ruling found Medtronic had no protection from device liability involving a Medtronic pain medicine pump malfunction. That case alleged, in part, that Medtronic neglected to warn the FDA about the device’s known risks, said the Journal. In fact, one attorney pointed out that judges are seeing that consumers have no recourse under current law and that appears to be changing.