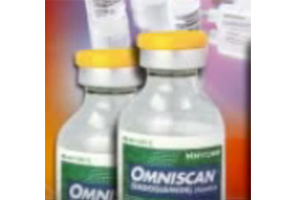 Danish Agency Charged GE For Failing To Report About NSF Death. The Danish Medicines Agency has charged that GE Healthcare violated Dutch law when it failed to promptly and completely inform regulators about a patient who died after developing nephrogenic systemic fibrosis (NSF) following exposure to Omniscan contrast dye. According to a report on ProPublica’s Web site, because the statute of limitations had expired, the agency said it would not pursue further action against the company.

GE Healthcare’s Omniscan is a gadolinium contrast dye. Such agents have been linked to NSF, a disease that leads to excessive formation of connective tissue in the skin and internal organs. It is characterized by high blood pressure, burning, itching, swelling and hardening of the skin. Other symptoms include red or dark patches on the skin; pain deep in the hip bones or ribs and muscle weakness. There are no effective treatments for NSF, and the disease can progress to the point of causing severe stiffness in joints, and it can lead to death.

While not much is known about the disease, a growing mountain of evidence indicates that NSF only occurs in people with severe kidney disease who have been exposed to a gadolinium contrast dyes like Omniscan. Since 2007, all gadolinium agents sold in the U.S. have carried the same black box warning – the Food & Drug Administration’s (FDA) strongest safety notice – regarding the risk of NSF.

According to ProPublica, the woman at the center of the Danish case, Birthe Madsen, is believed to be among the first patients to develop NSF after exposure to a gadolinium agent. She had been injected with Omniscan for a magnetic resonance scan in 2002 and gradually became immobilized and died of a lung embolism the following year.

A Danish government insurance agency determined in 2004 that Omniscan caused her immobility and in turn her death, ProPublica said. GE Healthcare received this information, but the company did not immediately report it to the Danish Medicines Agency as required by law. A follow-up also did not mention the insurance agency’s conclusion.

GE Healthcare and the other makers of gadolinium agents are named in approximately 500 U.S. lawsuits filed by NSF patients, most of which have been consolidated in the U.S. District Court for the Northern District of Ohio as part of a multidistrict litigation. As ProPublica points out, a key debate in the litigation concerns what GE Healthcare knew and disclosed to regulators about Omniscan’s risks. Critics of the company say more forthright disclosure might have helped doctors and regulators respond earlier and more effectively.

One such critic, ProPublica says, is Madsen’s son, Casper Schmidt, a Copenhagen lawyer.

“If my mother’s case had been reported more accurately, and if the company had to explain why a patient died,” Schmidt said in an e-mail to ProPublica, “it would have helped enable doctors and regulators to better understand the disease earlier.”