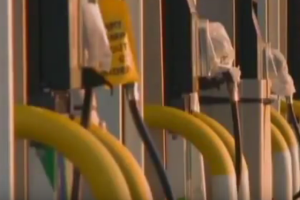 EX Governor Enters Into A Lucrative Arrangement With Frackers. Former Governor Tom Ridge has become just the latest ex-Pennsylvania official to enter into a lucrative arrangement with the gas drilling industry that is seeking to expand hydraulic fracturing, or fracking, in the state’s Marcellus shale region. According to the Pittsburgh Post-Gazette, late last month, two of Ridge’s consulting firms – Ridge Global and the Ridge Policy Group – signed one year contracts to serve as strategic advisers to the Marcellus Shale Coalition. The contracts will net Ridge’s firms a total of $900,000 this year.

According to the coalition, Ridge will take the industry lead in Marcellus issues. He will be joined at Ridge Global by Duncan Campbell, who was his chief of staff when he was the U.S. homeland security secretary during the George W. Bush administration.

According to the Post-Gazette, the coalition said Ridge will be engaged in “public outreach and education,” as well as “coalition building,” advising the Marcellus group and speaking at public forums. He will not be involved in lobbying state legislators about a proposed natural gas tax or other subjects, the coalition maintained. As such, Ridge will not be registered as a lobbyist in Pennsylvania.

Two former aids who served Ridge while he was governor of the state will be part of a legislative advocacy group that will lobby the state legislature, the coalition said.

Under their contracts with the Marcellus Shale Coalition, Ridge Global will earn $50,000 a month, starting now, while the Ridge Policy Group will get $25,000 a month for 12 months, the Post-Gazette said.

Ridge’s deal with drillers follows an exodus of officials from current Governor Ed Rendell’s administration to the drilling industry, according to Philadelphia Weekly Press. Three top Rendell staff members have left their state posts to work in governmental relations jobs for the industry over the past year.

Fracking hasn’t been getting good press in Pennsylvania lately, so it’s easy to understand why the Marcellus Shale Coalition would be eager to sign up Ridge, who was a popular governor, to take on the task of outreach. Earlier this week, a report released by the Pennsylvania Land Trust Association said the state has identified 1,435 violations by 43 Marcellus Shale drilling companies since January 2008. Of those, 952 were identified as having or likely to have an impact on the environment. Keep in mind, there are only about 1,458 Marcellus wells drilled in the state at this time.

According to the Weekly Press, the Department of Environmental Protection found 565 violations at Marcellus Shale gas drilling sites between Jan. 1 and June 18 this year alone. According to an analysis by Clean Water Action released last week, these violations include some particularly disturbing instances, including improper cementing/casing of wells (11) and “illegal disposal of industrial waste” (80). The largest number of this year’s violations, 166, were “General Violations” meaning violations of the Clean Streams Law, Oil and Gas Act, and permit violations.