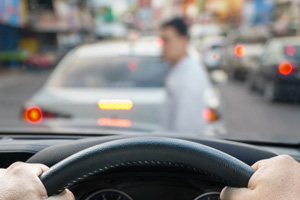 BAY COUNTY, FL – According to Weartv.com, a man died after being struck by a vehicle on Tarpon Street in Panama City in Bay County. The victim, Mr. Smith, 39, from Fort Pierce was standing in the northbound lane at about 2:30 in the morning when a four-door sedan struck him.

Hit-and-run crashes are tragically common in the United States and are increasing every year according to the AAA.

The most common victims in these kinds of accidents are pedestrians and cyclists. In many situations, vehicles that strike another vehicle, especially in an accident that is severe enough to lead to a fatality, the damage was done to the vehicles makes it difficult or even impossible for a driver to flee the scene even if they wanted to. Additionally, the vehicles involved in these accidents often sustain severe damage that would make them more easily identifiable. In contrast, a vehicle can strike a cyclist or a pedestrian without their vehicle sustaining any serious damage. These drivers are more likely to be able to drive away from the accident, and their vehicles may not appear to have been in any sort of severe crash.

Many states have attempted to crack down on hit-and-run drivers by increasing penalties. The harsher legal ramifications are intended to create a deterrent, but unfortunately, many drivers escape without ever being caught.