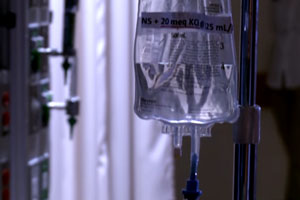 Listeriosis Outbreak In Canada Killed One Person And Sickened 16. The Associated Press is reporting that a recent outbreak of Listeriosis in Canada has killed one person and sickened at least 16 others. The Public Health Agency of Canada said it was working with officials in four provinces to establish any link between the outbreak and the affected products recalled by Maple Leaf Foods.  Maple Leaf has suspended production at its Toronto plant, is re-evaluating food safety procedures at that plant, and is expected to recall about two dozen types of its packaged meats, an increase over its original recall that now includes a variety of turkey, smoked beef, and roast beef.  Maple Leaf announced this weekend that it discovered listeria bacteria in roast beef and corned beef made at its Toronto facility. The company confirmed that the recall covered all products prepared at the plant since June 2.

Listeriosis Is A Type Of Food Poisoning

Listeriosis is a type of food poisoning generated by the Listeria monocytogenes bacteria and is particularly dangerous to the elderly, pregnant women, newborns, those with chronic medical conditions, people with HIV, or those who are undergoing chemotherapy.  Most people experience mild flu-like symptoms—fever, muscle aches, nausea, or diarrhea.  In serious cases, the disease spreads to the nervous system, causing headaches, stiff neck, and convulsions.  In pregnant women, Listeriosis can result in miscarriage or stillbirth.  Listeria lives in soil, stream water, sewage, plants, and food and can easily contaminate dairy and beef products.  Because Listeria thrives in the cold, refrigerated food products provide an ideal environment for the germ.

Generally considered a rare food borne illness, in recent months, listeria has been the focus of a number of outbreaks.  Last week, in the United States, the Massachusetts Department of Public Health (DPH) expanded its tuna salad recall to include all deli-prepared tuna salad purchased from July 26th to August 10th.  The bulk tuna salad was manufactured by wholesale distributor Home Made Brand Foods and the distribution was considered to be fairly widespread.  This March, Stop & Shop Supermarket voluntarily recalled four types of prepared chicken due to potential listeria contamination.  Also, in 1998, 15 deaths and six miscarriages were linked to listeria traced to meat shipped from the Bil Mar factory near Zeeland and, just last week, the FSIS announced that individually packaged ready-to-eat chicken and turkey sandwiches, manufactured by DBC, Inc.—which also does business as World Class Canapés—were recalled over Listeria contamination concerns discovered through microbiological sampling.