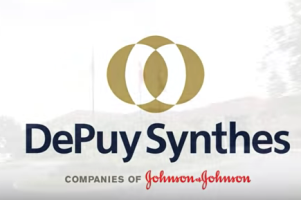 DePuy Orthopaedics Accused Of Hiding Possible Complications A federal judge overseeing more than 900 cases in which DePuy Orthopaedics is accused of hiding possible complications resulting from its Pinnacle metal-on-metal hip implant has ordered the medical device maker to turn over key documents to the plaintiffs.

U.S. District Judge Ed Kinkeade ruled last week that DePuy Orthopaedics, a subsidiary of Johnson & Johnson, must turn over compliance monitoring reports relevant to the multidistrict litigation he is overseeing. According to a MassDevice.com report, the monitor reports will be gathered by a court-appointed overseer and turned over to plaintiffs.

In this MDL, people fitted with DePuy’s Pinnacle metal-on-metal hip implant argue the device was defectively designed and that the company failed to note the potential risks associated with its use. In his ruling, according to MassDevice.com, Kinkeade wrote that the monitoring reports “expressly address issues related to the sale and marketing of hip and knee reconstruction and replacement products, which includes the Pinnacle system. The monitor reports are relevant to the marketing and promotional practices related to the Pinnacle system.”

Like other metal-on-metal hip implants, people who were fitted with the Pinnacle metal-on-metal hip implant model were likely to suffer severe pain, inflammation, and discomfort at the site of the implant. As the metal components worked together, they shed particles into the bloodstream and other areas of the body near the implant; organ and tissue damage were among the likely adverse effects. If the condition were to go unnoticed, toxic accumulations of cobalt and chromium could cause even more harm, according to our previous reports.

In the cases consolidated into the MDL, DePuy is accused of failing to warn of the risks associated with its Pinnacle metal-on-metal hip implants. Judge Kinkeade has ordered DePuy to turn over documents that specifically address how the medical device maker communicated with surgeons and hospitals, as well as the marketing techniques it used to sell this specific metal-on-metal hip implant, reported MassDevice.com.

DePuy already faces more than 10,000 lawsuits filed by recipients of its already-failed ASR XL metal-on-metal hip implant, and plaintiffs in those cases have made similar arguments, according to our previous reports.