a lawsuit alleging its diabetes drug Invokana caused a stroke 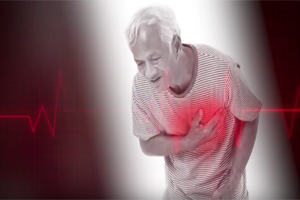 The Risky Effect of Invokana Diabetes Drug. Johnson & Johnson, and its subsidiary, Janssen Pharmaceuticals, face a lawsuit alleging its diabetes drug Invokana caused a stroke. The suit was filed in New Jersey on behalf of a plaintiff who began taking the drug in October 2015. Several weeks later she suffered from a stroke. The lawsuit alleges that Invokana led to the stroke and that the plaintiff would not have taken the drug if she were fully aware of the risks.

Allegedly, the drug makers failed to warn about the cardiovascular risks associated with Invokana and did not conduct adequate clinical trials.

Invokana was approved in 2013 under the condition that the manufacturers conduct five post marketing studies to assess side effects. The studies were mandated after some advisory committee members raised concerns about cardiovascular safety.

Invokana was the first in a new line of diabetes drugs called “sodium-glucose co-transporter 2 (SGLT-2) inhibitors”. These medications prevent the kidneys from absorbing glucose and increase excretion in the urine, lowering the blood sugar.

Data from one of the trials in 2013, “Canagliflozin Cardiovascular Assessment Study (CANVAS)”, showed that the risk of stroke was 46 percent higher in patients taking Invokana within the first 30 days. CANVAS was already underway when the FDA approved the drug. The approval was not unanimous; one cardiologist on the panel voted against placing Invokana on the market.

In addressing the trial findings, the FDA said that “any imbalance in results during the first 30 days or the trial” in question “may be attributable to chance or may have been caused by an early increase in the risk of MACE [major adverse cardiovascular events]-plus associated with canagliflozin among subjects with high background cardiovascular risk.” The FDA also said “There was no evidence of an increased risk of MACE-plus associated with canagliflozin after 30 days”.

Our lawyer for Invokana Lawsuit is here to help you when you need it the most.