Home > Practice Areas > Second Allegation Made Against Priest Who Resigned Over 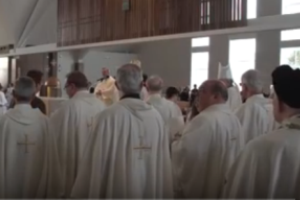 A second person has come forward with allegations against a former Roman Catholic pastor who was removed from the ministry after admitting to “inappropriate sexual contact” with a minor more than three decades ago, authorities said.

The second disclosure came days after the Diocese of Harrisburg announced the priest’s removal in a letter from Bishop Nicholas C. Dattilo, which was read in Sunday Mass last week.

Church officials had said they had only received one complaint about Pease, but Northumberland County District Attorney Tony Rosini said on Monday that police had heard from another person who claimed abuse.

“I am concerned that there are additional victims of Father Pease,” Rosini said, adding that he has asked state police to take over the investigation because of the various locations where Pease has worked.

Rosini declined to disclose the second person’s age or gender, or where and when the second alleged incident occurred.

The initial accusation against Pease came in June 1995, according to Dattilo’s letter. Diocese officials confronted Pease in 1995 but there were “discrepancies in the accounts” and Pease made no admission of guilt, Dattilo said.

Church officials took no action against Pease and did not contact authorities in 1995 the year Pease was transferred to Divine Redeemer in Mount Carmel.

The move had nothing to do with the abuse allegation, diocese spokeswoman Carol L. Houghton said.

Though state law requires clergy to report abuse allegations involving children, the victim was an adult when the report was made and the diocese was told there was no reporting requirement, Houghton said.

“On the advice of civil counsel to the diocese, the victim was then an adult and the statute didn’t apply,” she said. “Also, there was no conclusion reached at that time that there was a cause to report.”

On Dec. 10 of this year, the victim gave the diocese additional details, according to Dattilo’s letter. Pease admitted to the inappropriate sexual contact and was removed Dec. 13, the letter said.

Need Legal Help Regarding Allegation Made Against Priest?