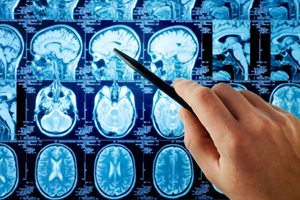 According to a news report by microwavenews.com, the occurrence of aggressive brain tumors dramatically increased during a 20-year period in England.*

In a recent study published in the Journal of Environmental and Public Health, researchers analyzed national statistics in England between the years 1995 and 2015 and found that the incidence of deadly brain tumors had more than doubled. In the 20-year period, glioblastoma multiforme (GBM) cases increased from 983 to 2,531, which represents a growth in incidence of more than 250 percent.

GBM tumors are typically the deadliest type of brain tumors because they grow rapidly. They arise from astrocytes, which are the cells that make up the supportive tissue in the brain. The cells in this area reproduce very quickly and are fed by a large network of blood vessels, making tumors in this location highly malignant. The most common symptoms of GBM tumors are related to pressure on the brain. These include headache, nausea, vomiting, drowsiness, visual disturbances, and speech difficulties, depending on the location and size of the tumor.

The study showed that while GBM tumors are on the rise, lower-grade tumors are on the decline in England. The two types of tumors actually rose and fell at approximately the same rate, which has the effect of masking the GBM trend when one looks at the overall data. From a bigger picture, brain tumor incidence seems to be steady because the sharp increase in GBM tumors is offset by the decrease in lower-grade tumors.

The authors of the study are not sure what is causing the increase in GBM tumors. They do not believe the data is reflective of improved techniques in diagnosis, however, because GBM tumors are rarely missed. They are fatal enough that physicians do not ordinarily overlook them. Instead, the authors opined that “widespread environmental or lifestyle factors” could be responsible for the pattern. For example, cell phone use and X-rays.

When the researchers parsed out the data further, they noted that there was an even more significant rise in GBM tumors to the frontal and temporal regions of the brain. Lead author of the study, Alasdair Philips, said this raised suspicion that cell phones were “promoting gliomas.” A researcher who conducted a similar study in Sweden, Lennart Hardell, reviewed these new findings and said they “add further evidence for the increased risk of glioma associated with mobile phone use.”

Additional studies suggest a comparable trend in other countries, like the Netherlands and Denmark. However, data in the United States is conflicted. In 2012, researchers at the University of Southern California found GBM tumors of the frontal and temporal lobes were increasing in Americans. In contrast, a separate study by the Central Brain Tumor Registry of the United States has since concluded that GBM tumors did not increase between 2000 and 2014. That said, the Central Brain Tumor Registry study did not examine tumor location.

It is not clear why, if the more recent data in the United States is accurate, there would be a different trend in the U.S. than in England and other countries. Researchers in the U.S. and Philips are pushing for funding to conduct more studies, focusing on the location of tumors. Philips impresses these studies are important to understand GBM tumors and why they seem to be increasing around the world. The study Philips just completed did not receive any outside funding. Philips financed it himself.

If you were diagnosed with a brain tumor or brain cancer, contact Parker Waichman LLP. You can speak to an attorney today by calling 1-800-YOURLAWYER (1-800-968-7529) or by filling out the online form on our website.